Brody Cress is off to The American Rodeo 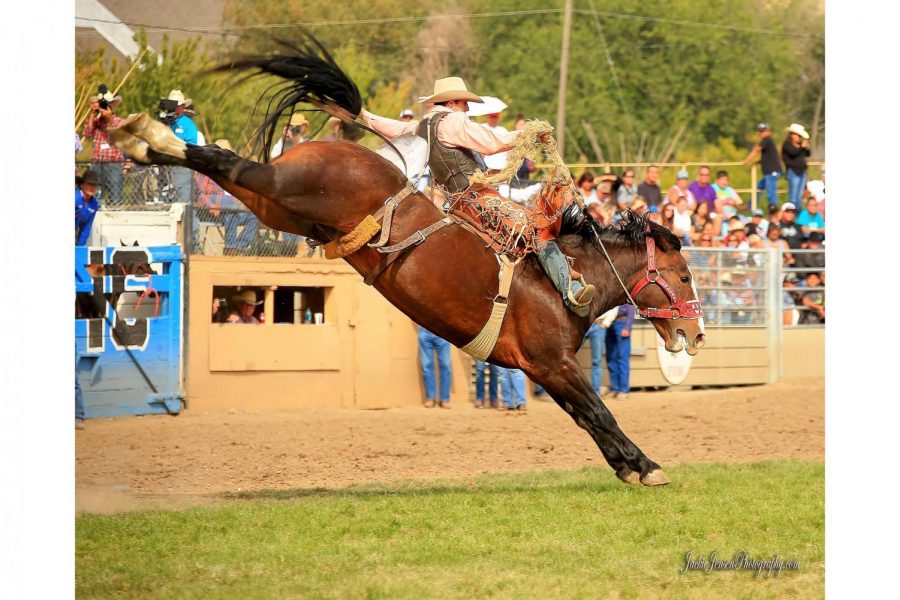 Recent Tarleton State University Alumni, Brody Cress, is currently lighting the world of professional rodeo on fire. While most students at Tarleton were finishing up finals last semester, Cress was competing in the National Finals Rodeo in Las Vegas, Nev. Although he missed walking the stage at graduation (to receive his bachelors in Agricultural Business) he was able to complete his lifelong dream of competing in the NFR.

In 2017, Cress won the three-majors in Saddle Bronc: Cheyenne, Pendleton, and Salinas, making him the only saddle bronc to ever do so in one season. He finished second at the 2017 NFR in Las Vegas in December and was the only bronc rider to cover all 10 horses. He finished second at the 2018 Fort Worth Stock Show and Rodeo earlier this month. Ending his incredible season on a high note, Cress won the second round of the Champions Challenge in Sioux Falls, S.D., pushing full steam ahead to his first trip to NFR and a chance to capture his first world title. Cress went into the NFR finals placed sixth in the world and finished rated second in the world.

When asked about how he feels about his success in Saddle Bronc riding, Cress said, “I’m just doing my job, taking it one horse at a time to try and make to best possible ride. I do everything in my control to do my job and try to come out on top.”

Cress said Tarleton set him up very well to move into the pro rodeo setting.

“Tarleton has such a great rodeo team (that) it created a similar atmosphere (as the pros) since (Tarleton) shows were almost always sold out,” Cress said. Those experiences helped him “getting into the pros where competing is a whole new experience, having arenas that have thousands of people in them.”

Cress says his favorite part of his time at Tarleton was being able to practice with his best friends.

“You show up to school not knowing anyone during the first week and try to make friends,” Cress said. “And then coming out of college four years later with having made some of your best friends in the world.”

“Definitely going to pursue this as long as I have these great sponsors,” Cress added about his future. “I want to be able to have these opportunities for as long as I can. It’s fun being able to ride at such a high level because it pushes you to be better. Being on a bucking horse makes me happy and being able to make a living doing what I love is an amazing feeling.”

RFD-TV’s The American, “The World’s Richest One-Day Rodeo,” will be held at the AT&T Stadium in Arlington on Feb. 25 and this is the first time Cress, now a Tarleton graduate student, has been invited as one of the top bronc riders in the world to compete.

“I’ve watched that rodeo many times,” Cress explained. “And now I’ll being able to see something on that scale, be there and have the opportunity to win that money and ride on some of the best horses. And be able to compete in such an amazing area.”

The American Rodeo is frequently referred to as the World’s Richest One-Day Rodeo.

“During this annual event, amateurs compete with a mixture of champions and top athletes from the PRCA, PBR and WPRA. The American is the only time the champions of these professional organizations can be seen at one event,” (from the American Rodeo website).

Qualifiers compete for a $2 million purse.

JTAC News is having a giveaway for two tickets to attend the American Rodeo on Feb. 25 at the AT&T Stadium. All you have to do is post a selfie to Instagram and Twitter with either this current issue, or the week before, using the hashtag #JTACAmericanGiveaway. Deadline for the giveaway is Feb. 21 at 5 p.m. (one entry per person per issue). The winner will be announced on Feb. 22 at 4 p.m.