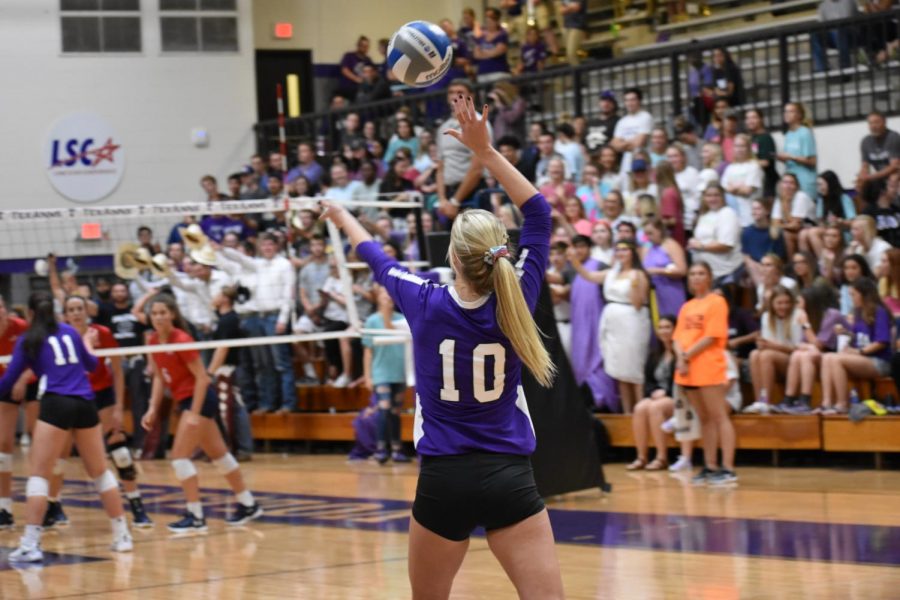 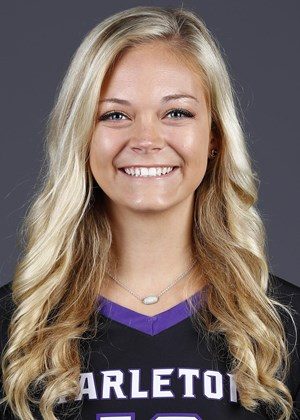 Photo Courtesy of Tarleton Athletic Communications
Senior and Texas native, Hannah McManus plays middle blocker for the Tarleton State University volleyball team. She attended Caldwell High School until she graduated in 2015. As a senior at Caldwell, she won Offensive MVP, All-Region and Team MVP.   She began playing for Tarleton as a true freshman in the fall of 2015. Since then, Hannah  has played helping her team win the Lone Star Conference Championship and going on to win their first tournament championship as well. As of September of her senior season McManus has already been named the LSC’s defensive player of the week for two consecutive weeks.

JTAC: How did you end up at Tarleton?

McManus: “I went on multiple visits and when I came here I felt like this was home. So I knew I wanted to come here. So I came and practiced with the team and I waited for coach to offer me a spot and when she did I ended up committing right away.”

JTAC: How did the game of volleyball become a part of your life?

McManus: “My older sister played when I was a kid and she would come home from school and we want to play so we would play together. Then I started playing in my hometown on a team called Little Diggers when I was in third grade and I’ve been playing ever since. But it wasn’t until high school when I decided that volleyball is what I wanted to focus on.”

JTAC: Who inspires you to play?

McManus: “I would say my sister started inspiring me and that’s just because I have always looked up to her in everything that she did. Anything my sister did, I wanted to do. That’s what started it and once I started playing I fell in love with it too. She and I ended up playing two of our high school years together and that was awesome.”

JTAC: What is you pre-game routine?

McManus: “We go to the training room and do all our rehab stuff first. Then we get in the locker room and we just blare music and dance around and jump around and sing and act silly. I really think that’s what gets us going before we run out  and start warming up.”

JTAC: What has Tarleton Volleyball given you?

McManus: “I would say it has really grown me into who I am today because when I got here I was obviously not the person that I am now. I think that it has taught me a lot about myself and who I want to be. It has made me stay accountable since I’ve been in college. I have to be at practice every single day, I have to be at weights every single day, but on top of all that I am here for school. It has really helped me learn time management and learn how to appreciate little things.”

JTAC: What challenges do you face as a student athlete?

McManus: “I would say time management is the main one. It gets difficult. Like if I have a big test coming up everyone in my class talks about how they don’t have time to study. But when I sit back and think about it a lot of other people have a lot of other time that athletes don’t have. I am up here from the start of my day at eight until practice ends in the evening at six. And then I get to go home and do my homework. It’s challenging to be a student athlete but I definitely think it’s worth it.”

JTAC: What is your favorite thing about the sport?

McManus: “I would say being a part of a team because I mean I love everything about volleyball but the best thing is being a part of something bigger than myself and growing friendships and growing life-long relationships with people that I’ve played with.”

JTAC: What goals do you want to achieve in volleyball looking forward?

McManus: “Well this is my senior year so it’s my last year. My goals would really be goals for the whole team. But for myself I just want to continue to grow and become the best player that I can be. As far as goals for the season, just take it day by day. First, just try to win every game, then win our conference, then conference tournament then go on to regionals and win that and eventually go to nationals.”

JTAC: What do you want to do after you graduate?

McManus: “I am actually going to stay here at Tarleton for grad school. I haven’t quite decided exactly what I want to do but I know it’s going to be in the kinesiology field. I am leaning towards exercise physiology.”

McManus: “My favorite thing is definitely how supportive the school is of volleyball. Everyone at Tarleton is a supporter of everyone. It just feels like one big happy family. Everyone is nice and supportive and loves everyone and I think that’s awesome.”

JTAC: What would you want other Tarleton students to know about you?

McManus: “As an athlete it’s awesome when people want to talk to you and get to know you. A lot of friends that I have outside of volleyball have said that they thought I was too cool for them. I didn’t know that a lot of people felt like that. We are just regular people and we don’t think we are all high and mighty. I think just to have a random person come up to you after a game and introduce themselves is awesome because we want to know other people. We want to know the people who support us and I think that is what I would want them to take away from this.”