15 years ago in The JTAC 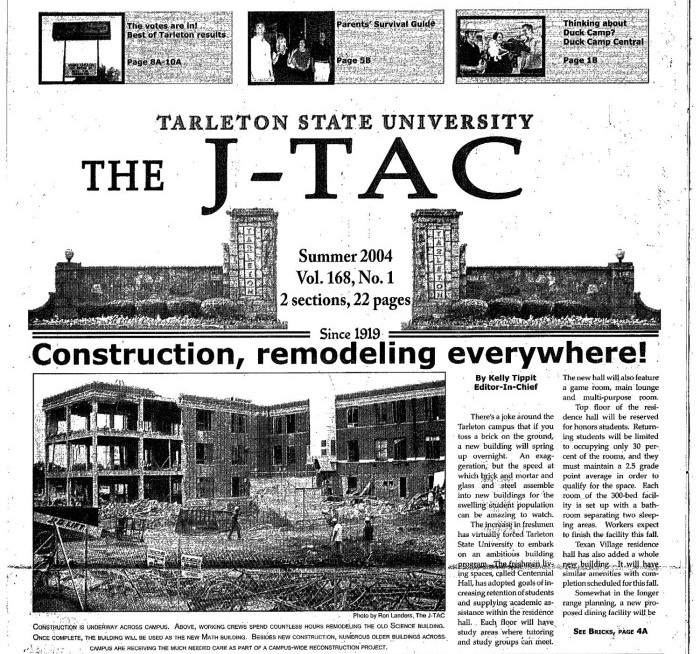 As originally reported in the summer 2004 issue of The JTAC, campus was under construction. At the time, the old science building was being remolded in order to be used as the new math building. Even in 2004 the students, teachers, faculty and staff were overwhelmed with the construction that was occurring across campus. Since 2004 the construction has not seemed to halt. With the construction of the engineering building and football stadium nearing completion, the end of construction on campus might be in sight.

While this construction has been a growing pain for students since it has started and will never seem to end. Many of the buildings which have been built, parking lots moved and new roads built that have been added are an essential growing pain. While campus might not truly ever be done with construction, the end is near for the many construction fences and blocked areas on campus.