Coby Wier’s LJT performance: a tribute to his late father 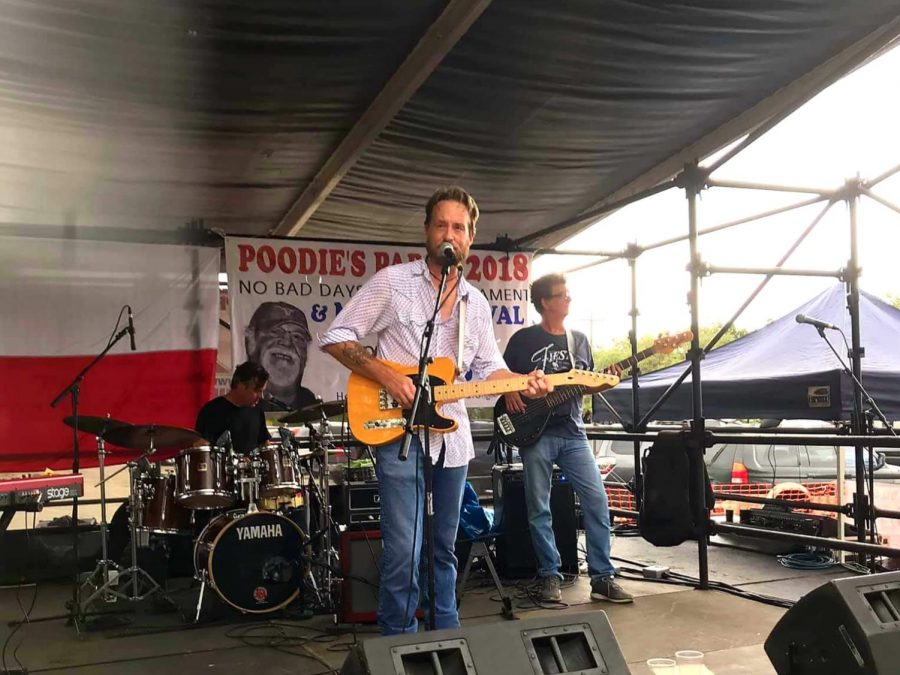 Coby Weir is getting ready to play the Allsups stage at LJT on April 26. You can expect half of his set to be a tribute to his father, Rusty Wier.

Coby Wier, an Austin, Texas native, is bringing his newly found singing career and his dad’s hits to the Allsup’s Stage during this year’s Larry Joe Taylor Texas Music Festival. Wier has been playing guitar for over 30 years now but has only just started singing and being a front man.

“I’ve always been a side man, I’ve always played guitar for somebody,” Wier said. “This is the first time I’ve actually stepped out front and led the band.”

The transition from a side man to a front man has been smooth and a learning experience for Wier.

“Being a side man, I’ve kind of just show up and plugged in my guitar and played,” Wier said. “Now it is being out in front, the talking and the singing and the story telling, it’s a little different. Every show I learn a little bit more and get a little bit better.”

Wier is the son of Rusty Wier, a Texas music icon and Wier started performing with him when Wier was about 16 years old.

“I started doing shows here and there during the summer,” Wier said. “Eventually probably in my 20’s I became a full time lead guitar player for my dad.”

Wier also played with Bleu Edmondson and other assortment of Texas music artists; he was also on a few albums with Jason Boland and The Stragglers.

However, Wier wasn’t always interested in playing the guitar. In an interview with “Dallas Observer” Wier told them he always wanted to be a drummer until one day he went to one of his dad’s concerts and saw his guitar player, John Inmon and Wier never went back to the drums.

“I saw a guitar player for my dad when I was younger and just his playing touched something in me and gave me the goosebumps and made the hair on my back stand up,” Wier said. “If I could ever make anybody feel like that, that’s what I want to do. I’ve always been able to express myself better with music than I have talking or anything else.”

Wier released his first solo album just last year. The album is like no other, not fitting into just any genre and it’s big with other musicians.

A majority of Wier’s songs on his album have sentimental meaning. His favorite to perform is “I Won’t Break” which is conversation with his father who passed away 10 years ago. His favorite on the new album is, “Peace, Love, and Monkey Grease” which is a fun, little tune Wier likes playing.

“I Won’t Break” was a combined work between Wier and his friend Mike Mancy. Wier wrote the music, told Mancy what he wanted and Mancy was able to put words to Wier’s vision.
With 30 years of experience under his belt, Wier never once expected to still be doing music.

“I didn’t really plan on doing it this long, I didn’t really know what to expect,” Wier said. “I always dreamed of getting here but it’s kind of surreal now that it’s all happening. I fantasized about being the front man and it being my name but never really thought that would really happen and here I am.”

Over the years Wier has had many moments that have impacted his life but his top ones would be whenever he was on stage with his dad.

“My dad passed away 10 years ago and the times that I got to play with him, those memories I have of being on stage with my father will probably be the biggest and best memories I have of music thus far,” Wier said. “Walking out on that stage at Larry Joe Taylor is a pretty cool deal, seeing all those people, it’s pretty neat.”

Wier has played at LJT since it was on the backs of trailers and only a few hundred people came out.

As Wier prepares for LJT, he looks back to where it all began and his favorite place to this day to perform at.

“Saxon Pub in Austin, Texas, that’s home for me,” Wier said. “That’s somewhere my dad and I played every Thursday night for years and years. That’s where it all happened. Every time I go back there and play as the Coby Wier band it’s like a homecoming, it’s a really neat feeling. Those people have seen me for 30 something years.”

When performing, all Wier dreams of is for the crowd to enjoy it.

“I just need somewhere people are digging it and everybody is having a good time,” Wier said. “That’s the main thing for me, I react to the crowd so much and if they’re into it I’m into it. We kind of just feed off each other.”

Wier is ready to bring his music to LJT and be around people who are having a good time; however, he won’t be playing much of his own music.

“It is exactly 10 years since the last time my dad was at Larry Joe Taylor, so I might turn it into more of a tribute to him and to see all his old fans that knew him and would have expected him and try and give them a little taste of that again. I am excited about that,” Wier said. “My dad played Larry Joe Taylor Texas Music Festival for years and years. Half of my show right now is a tribute to my dad, I plan on playing half my songs and half his songs.”

Rusty Wier and Coby Wier fans pack your bags and get ready to head to Larry Joe Taylor Texas Music Festival to hear the old and the new. Coby Wier will be playing on Friday, April 26 at the Allsup’s stage and it’s a show you won’t want to miss.