Be “Good People” and check out Josh Grider at LJT 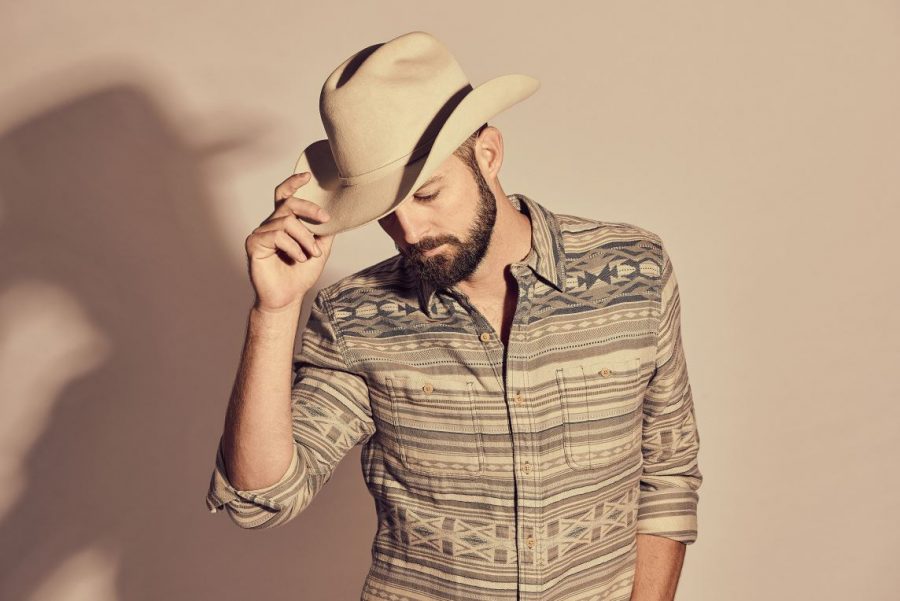 Although Singer/Songwriter Josh Grider originates from New Mexico, his music career was born in the Lone Star State. Since the release of his first album in 2005, his smooth folksy sound has gained him a following from country music fans all over Texas. In 2017 Grider released “Good People” which doubles as the name of one of his songs and the title of his latest album. Luckily for fans, Grider will be taking the 2019 Larry Joe Taylors Texas Music Festival Stage with a full band set for the first time in years.

Grider has been singing for as long as he can remember, mainly in his local church but he started to gain more confidence in his music during his high school years.

“I was pretty shy about performing until high school,” Grider said. “I taught myself how to play the guitar, and I had a great music teacher that kind of forced me out of my shell.”

The artist credits his early writing inspiration to a high school crush.

“I started writing in high school too,” Grider said. “You know the same old story…there was this girl and I really wanted to do something extra ordinary for her.”

After high school, Grider moved to Texas to attend college at Baylor University. It was during this time that his music career began to blossom, “I started my first band in Waco, but it has probably been about 2005 that music has been my sole source of income,” Grider said.

Although Grider has had a pretty successful career in Texas country music, he has faced some challenges over the years.

“Consistency has always been a tough one for me. I always show up, but sometimes I show up in a different hat than I had on the last time…if that makes any sense. Keeping bands together on a shoestring budget is tough,” Grider said. “I feel like if I hadn’t followed my muse quite as much I might be able to have a little more to show as far as records sold and hard ticket sales…but who knows. I like to think it all works out exactly like it’s supposed to.”

Throughout everything Grider works hard to stay true to himself and make music that truly represents who he is.

“At the end of the day its country, because of my voice, but I’ve spent a career chasing down different muses. It’s been a bit of a head scratcher for some of my fans, I know but all I can do is write songs and record them,” Grider said. “I’ve always just tried to be true to the moment I was in whether that leans a little more Texas/Americana or commercial has depended on a lot of outside influences. I’m pretty happy with where I am now. I spend just enough time in Tennessee to keep my songwriting chops up and plenty of time on the road in Texas and beyond to keep me grounded to what fans really want.”

According to Grider, Texas fans have been extremely receptive to his latest album.

“’Good People’ (album) has been really well-received. ‘Good People’ (song) seemed like something folks were really ready to hear at the time,” Grider said. “‘Pictures Do’ has been another song that seemed to really resonate with folks. I’d have to say ‘Pictures Do’ is one of my favorite songs I’ve ever been a part of.”

Writing is a huge part of Grider’s life and for his last album all the right songs came together cohesively at the right time.

“I write a lot of songs and then from time to time I look back and take stock of what I have. In early 2017 I did that and I had this group of songs that just seemed to all go together and ‘Good People’ was the anchor song,” Grider said. “We built the album around that song, and just tried to inject a little light and hope and humor into what can be pretty heavy days we live in.”

Putting an album together is not an easy endeavor and Grider admitted that is hard for him to ever feel like an album is complete.

“I’m a perfectionist in a lot of ways, so letting go and finally saying ‘it’s finished’ is always the hardest part for me,” Grider said. “Walt Wilkins once told me that albums are never finished, they are just abandoned”

Before the release of Grider’s fourth album the singer already had songs that resonate with red dirt country fans. He commented that he is hopeful “Good People” will eventually rank among what he believes as his most successful songs.

“It would have to be ‘Crazy Like You’ or ‘One Night Taco Stand’ I guess. And that’s just because they are older songs,” Grider said. “I’d like to think ‘Good People’ will be one I get associated within years to come.”

Grider has always looked up to the Texas singers and country music greats that have come before him.

“Pat Green and Robert Earl Keen were huge influences once I got my own band up and running. They were guys who were doing it on a really successful, but also indy level,” Grider said. “I’ve always been a huge fan of the stars like Alan Jackson and George Strait, but as far as personal career goals I thought Pat and Robert had some real cool stuff going on.”

Grider said that he believes gaining inspiration from everything around him greatly impacts his writing, “the key to being a good writer, in my opinion, is being a great listener,” Grider said.

Over the course of his career Grider has performed at a wide variety of venues but there are a few that have a special place with him.

“I love the Dosey Doe Big Barn in the Woodlands, that is one special venue,” Grider said.

Grider is especially excited to retake the Larry Joe Taylor Stage and be a part of the Stephenville atmosphere.

“There is just always so much love at the festival,” Grider said. “I’ve always enjoyed mingling with other artists who you don’t get to see that often.”

During his time as a performer Grider has had some once in a lifetime experiences and he lists LJT as one of them.

“Signing my first publishing deal was a big moment for me,” Grider said. “I’ll never forget meeting George Strait, and I’ve had some pretty special performances at LJT to be honest.”

Fans will be happy to hear that Grider will be releasing something new this summer.

“I have a live album coming out this summer. Drew Kennedy and I hit record on a show last summer and it’s just the two of us swapping stories and songs,” Grider said. “Stripped down to the bone, it was a fun night and we’re excited to share it with folks.”

Before you can get your hands on this new album fans can watch Josh Grider perform at LJT Monday, April 22 at 5 p.m. on the Hydro Pros Stage.