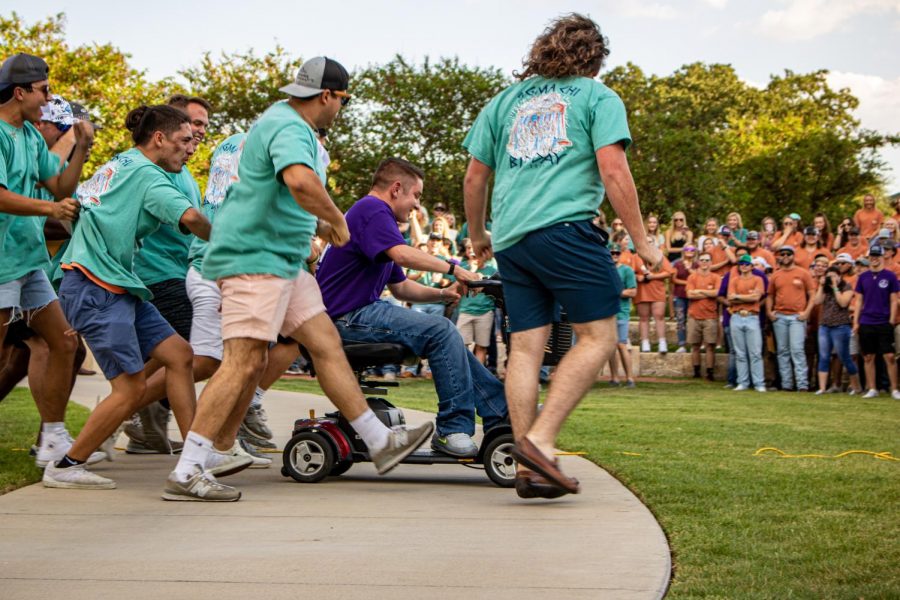 On Friday, Sept. 13, 2019 Interfraternity Council (IFC) chapters welcomed new members into their organizations. Tarleton State University has seven fraternities in IFC including Alpha Gamma Rho, Delta Chi, FarmHouse, Kappa Delta Rho, Lambda Chi Alpha, Phi Kappa Sigma and Sigma Chi. This year’s new member numbers were less than expected.
“Recruitment went well, but we need to find a better way to market for next year,” stated Stephanie Chambers, the Assistant Director of Fraternity and Sorority Life, “On a national level, fraternity and sorority life has seen a decrease in interest.”
Walker Frailey, Kappa Delta Rho President, expressed his concerns about Fraternity recruitment. “Our recruitment wasn’t the best that we’ve seen in our day, we’ve had a lot of numbers in our past, but we also only use formal recruitment as the strategy to operate our business. Even though it wasn’t a huge number, I am very pleased with the quality of guys we received. Now I believe the school hasn’t supported Greek life like it has in the past years, Greek councils aren’t performing in the best interest of Greek life, and the fraternities as a whole aren’t doing the greatest job at promoting themselves to the student body. I feel this is a collective effort from everyone, that’s the only way a machine operates to full efficiency is if all the parts are working together. Now it seems like the best way we will be able to produce high numbers is if we take more advantage of informal recruiting strategies.”
However, Danny Smith, IFC Vice President of Recruitment, looked at recruitment from a more positive view, “I can’t say if this year was better than last year, because I believe we work with what we have and my delegates and executive team gave 100 percent. We together had a mature and excited group of young men go through the formal process. Every year is different and full of variables and it turned out to be the best I’ve seen in quality and brotherhood! My favorite part had to be sitting in the room with all the PNMs when they saw their bids and made a lifetime decision right in front of my eyes,” explained Smith, “It wasn’t who they decided to join, it was that they don’t really know the future that is in front of themselves! The memories and lifelong friendships they will make.”
Each semester, IFC holds formal recruitment where potential new members get to meet all seven of the fraternities throughout five days. This is usually held Monday through Friday.
According to Chambers, the first day of formal rotation night is where the potential new members get split into groups and go to the Barry B. Thompson Student Center Ballrooms. They get to meet all of them one by one, and then at the end of the night they receive a schedule of events the fraternities will be putting on the next couple of days.
After the formal rotation, the next couple of days the potential new members have to attend at least four events. Each fraternity puts on their own events at their chosen location, and that is when the Potential New Members can have freedom in deciding where and how long they’d like to spend their time. “Formal recruitment is all about keeping an open mind, because you could go in thinking you are set but then after meeting all of them your mind could always change,” explains Chambers, “You get the opportunity to meet people that doesn’t have to be in the specific fraternity you decide to join.”
Informal recruitment is when potential new members are exposed to a certain fraternity naturally. This meaning that they already know where they want to go, so then it is up to the fraternity to decide to give them an informal bid or not. Some fraternities on campus offer year-round bids. Information about spring recruitment is to be announced.
For more information about fraternities and sororities visit https://www.tarleton.edu/greeklife/index.html