Use your voice for Humanity 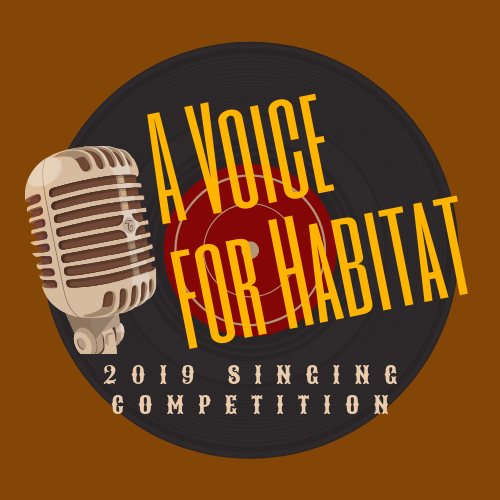 A Voice for Habitat for Humanity singing contest will be held at Twisted J in Stephenville.

It is called “A Voice for Habitat” and it will help raise money for their future projects.

“The proceeds are going into the construction fund to build affordable housing in Erath county,” Stacy Morrison, a representative from Erath’s Habitat for Humanity said.

Single and group acts have signed up to compete for first place and it’s not just opened to Erath country residents.

“We had gotten a lot of interest, some as far away as Austin and Dallas,” Morrison said.

The acts are competing for the chance of winning 1000 dollars, a Melody Mountain Studios professionally produced single and an opening act gig at Twisted J Live here in Stephenville. Second place will be rewarded 500 dollars and third place will get 250 dollars.

The finale will be the only live performance of the competition and will be at Twisted J Live on Friday October 4 at 6:30 p.m. You can buy tickets for the finale on that day at Twisted J Live or before online(https://avoiceforhabitat.yapsody.com/event/index/442961?ref=ebtn). Fans get to vote for their favorite on the Erath Habitat for Humanity website. Voting will be done by putting donations under their favorite artist’s name. Their votes will be worth 25 percent of the final score for the finalists; the judges score will make up for the other 75 percent.

The three judges will be watching 12 final artists out of the many artists that entered. The final 12 are made up of high school students, college students, parents and others. The artists all have their favorite styles, there’s gospel, rock, blues, etc.

Cooper Moring, 21, who is a student at Tarleton State University, is one of the top 12. However, he is unable to perform for the finals.

“Unfortunately, I won’t be participating in the finals,” Moring said. “I was ill this week and lost my voice.”

Even though a current Tarleton student is not performing, there is a Tarleton Alumna who is performing in the finals. Mrs. Jodi Amos graduated in 2008 with her bachelor’s in animal sciences. She started singing in church choir and now sings for anyone who will listen.

Grab your tickets, donate and show up to support artists from all over Texas who are all helping raise funds for Erath County Habitat for Humanity.