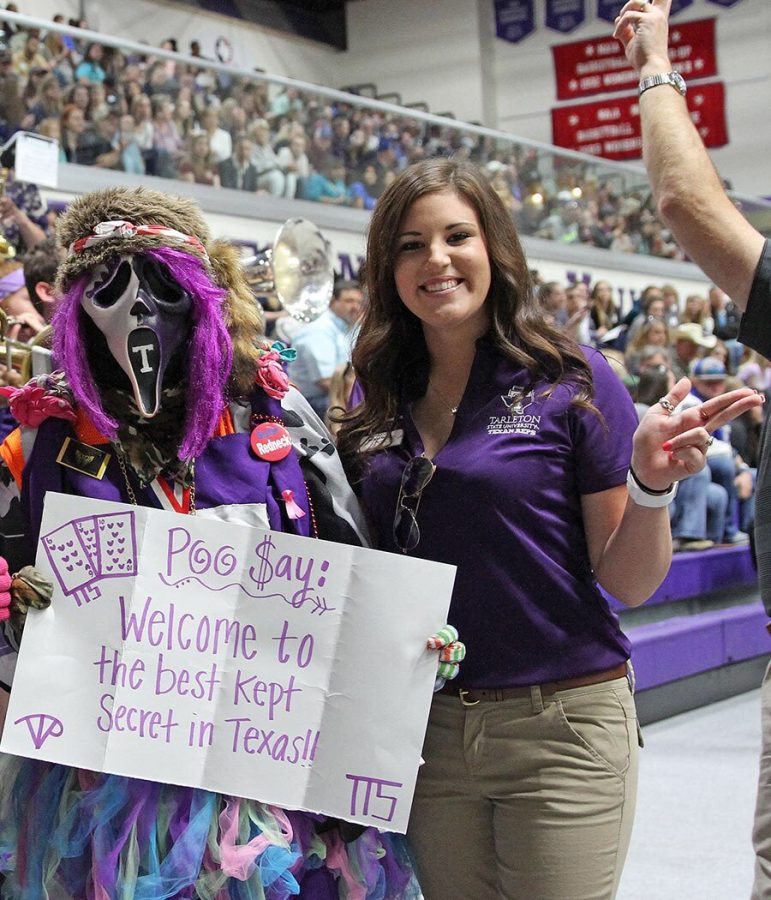 The Purple Poo have always welcomed the idea of the “best kept secret in Texas”.

For as long as I have been in college, students have referred to Tarleton as the “best kept secret in Texas.”

When I got here in 2015, I felt like I was a part of this hidden gem in Texas. I knew I had found something that not everyone gets lucky enough to find. My Tarleton Transition Mentors, my Residential Leaders and my upper classmen friends in different organizations all referred to Tarleton as “the best kept secret in Texas” and I loved being a part of that. I have always told people about how amazing Tarleton is and I encourage anyone that I can to come here.

I love this school; it has become a part of me.

Even though we say that we are the best kept secret, we are not trying to hide Tarleton. We are just saying that we received way more than we ever expected when we got here.

In his Next Level speech, President Hurley asked Tarleton if we really want to be the best kept secret in Texas. My answer and I believe the answer of many Tarleton students is yes.

“Not many people know about Tarleton or know the possibilities Tarleton has. I was one of the students who applied to Tarleton without knowing what it was until I got accepted,” Texan Rider and recently crowned Homecoming King, Elijah Perry Imbong said. “This school has so much to give and truly is the best kept secret in Texas.”

When students talk about Tarleton being the best kept secret, it isn’t a marketing scheme that a Tarleton employee came up with and it isn’t a ploy to keep people away from Tarleton. It is 100 percent student created and an incredible way for us, as a student body, to connect.

As someone who lived in Granbury my whole life, I had heard all about Tarleton. When I applied, Tarleton was not my first choice. After deciding to come here I wasn’t excited at all. I thought I was getting something completely different than I did.

However, after I came to orientation and duck camp, I was so in love with this school. I realized how much the traditions meant to everyone and how close the Tarleton family was. I knew that I could not have found a better school. It really was the best kept secret in Texas to me and to most of the friends I made when I got here.

“Once students become a part of the family, they are given the opportunity to become a part of Tarleton,” Imbong said.
I understand where Dr. Hurley is coming from. He wants to tell the world about Tarleton and shout from the roof tops about the amazing place that he knows Tarleton is. I agree, but the way that students are doing that is by telling people they found the best kept secret in Texas.

However, some students see things differently.

“Tarleton isn’t a secret anymore because now people from all over the country and the world come. I’ve had classes with people from Ireland and California that just googled good schools and found Tarleton,” said Tarleton alumna Samantha Linton.

Linton and Hurley are on the same page, but I believe that they both see referring to Tarleton as a secret in a negative way. From my experience, when students call Tarleton a secret, it is out of love and devotion for our school. It is a secret that we want to share, not one we want to keep.

The students who call Tarleton a secret, are telling the secret to everyone they can.

Dr. Hurley and the students of Tarleton need to come together over the best kept secret in Texas. The saying was student created and shows the genuine love that we have for this amazing school. No one should take that away.