Oscar P is waddling around with a new look 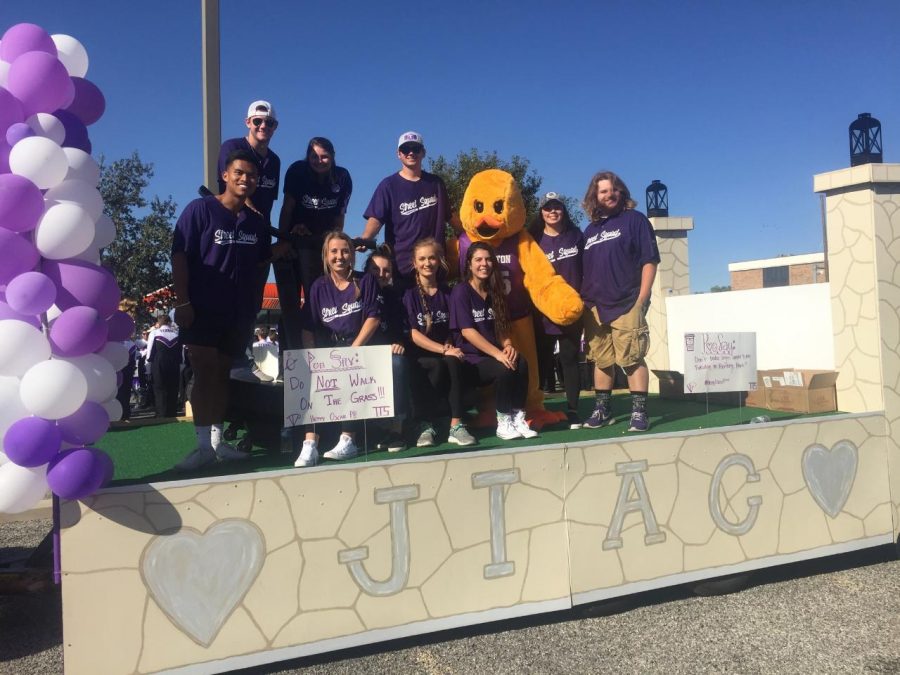 Oscar P. is rocking a new look after Tarleton State University replaced his mascot costume earlier this semester. The old one had been with Tarleton since 2010 and was unveiled to the students during that summer at orientation. However, after receiving damage over the summer of 2019, Mrs. Lathes Towns and the Lance Zimmerman Department of Student Involvement, Spirit, Tradition and Family Relations bought a new one.

“We had loaned it out to our neighboring campus. When we took it to get clean they damaged the head so we knew we had to replace it,” Towns said.“We ordered it online and Oscar P. is not actually a set costume so when getting a new one. We had to get one that has a design that is as close to the one that we had,” Towns said. “We couldn’t find the same one because we had ordered it 10 to 12 years ago so they weren’t making it anymore.”

With company’s ending and old designs leaving, Towns had to lean on her colleagues to help pick out the new and improved look.

“I spoke with our colleagues, in the New Student Program office and helped decide that the one we picked would be a better fit,” Towns said.

After deciding on the perfect new costume, Towns and her office ordered it and got it delivered just in time for Family Weekend in September.

“We received the costume before family weekend,” Towns said. “Since receiving the new costume, it has only been used a few times.”
However, this isn’t the first and won’t be the last costume for Tarleton’s Oscar P. This year the change isn’t as drastic as the following costume change.

“We were excited when it arrived, we thought ‘this is the best we could do and we’re good to go,’” Towns said. “If you noticed when we changed costumes the first time, it went from white to yellow.”

“Oscar P. highlights student organizations and interests the much younger generation,” Towns said. “We have Oscar P. to talk about him and to go along with the Purple Poo raising his spirits with their ‘Hey, Oscar P.’ chant.”

“Getting a new costume benefits the university because it is a symbol of Oscar P.’s spirit at Tarleton State University and hopefully one day we will figure out how to incorporate Oscar P. within the university mascot, the Texan Rider, someway as a whole,” Towns said.

Mrs. Towns wants Oscar P. to be more incorporated throughout the university because his legacy goes along with John Tarleton and deserves more recognition because Oscar P. being John Tarleton’s beloved pet duck who traveled from Tennessee to Texas with him, she wants him to gain more recognition around Tarleton.

Even though Oscar P. just got a new costume, it could change again in a few months, maybe even by next fall.

“Since we are going division one and re-branding, Oscar P. could change overnight,” Towns said. “Since we are having so much transition going on right now, we have to start beginning to look at our mascots differently.”

“I hope that we will look at a more animated mascot for everybody to enjoy, including our community and our students,” Towns said.

“The university as a whole needs to decide how to utilize Oscar P. from this day forward,” Towns said. “So I am excited to hear and to know how we are going to do that and incorporate Oscar P. into the environment of our university.”