Longstanding Tarleton tradition, the flagpole, is no longer standing and will be moved 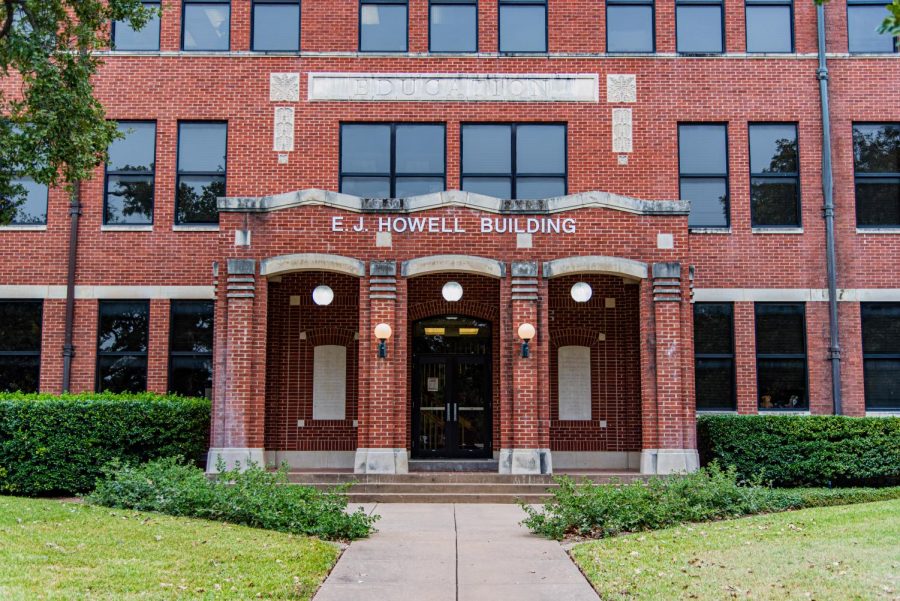 Tarleton’s flagpole once stood in front of the E.J Howell Education Building and was removed to be rehoused elsewhere.

Former Tarleton President, Dr. Dottavio had hopes to move the historic flagpole that stood on the lawn in front of the E.J. Howell Education Building for almost a century, but he wanted to hear the student voice before making the change. A century of service to our campus caused the flagpole to rust through at the base.

Dottavio corresponded with the 2018-2019 student body president Dominic Procaccino, who then reached out to student Megan Walters.

Walters was a member of the Freshman Representative Council last year, and she was charged with writing the legislation to move the flagpole. Walters said, “it was a big task to take on as a freshman, but I was excited for the opportunity to improve campus.” She wrote the legislation and then presented in front of the Student Government
Association.

“The flagpole was quite covered up by the dense surrounding trees,” Walters said. The flagpole is a large part of campus tradition and carries historical significance, thus, it should be moved somewhere more visible on campus.

In her legislative proposal, Walters discussed how the ground the flagpole had been on was deteriorating thus making the move to a more secure spot an important part of increasing the longevity of the flagpole, which would be an overall improvement and sustainment to campus tradition. The new location would also provide more of a focal point on the flagpole, which could easily be overlooked before. Additionally, it will make room for ceremonies like the monthly University Retreat Ceremony that was re-established by the Texan Corp of Cadets in 2017.

Congress agreed with Walters and reiterated that moving the flagpole would benefit campus overall, and passed the legislation, signifying the support of the student body for Dr. Dottavio to make the move.

The flagpole will travel just a few feet away from its previous location. It will soon stand again on campus, located off the loop on Military Drive, between the historic canon and Alumni Island.

The installation of the original flagpole was funded by the Brotherhood of Buddies— a World War I veterans’ organization, which raised the first flag on the Tarleton State University campus in 1920. At the time, the group sold nameplates to finance the $500 cost of the flagpole and put together a retreat parade on campus to dedicate it. The flagpole was a gift from Stephenville citizens to Tarleton students. The original flagpole telescoped from 100 to 150 feet tall but was later shortened due to safety concerns. The plagues from the flagpoles previous location will move with it.

“I believe this move will reinvigorate the student body and remind all of us of the lore and tradition tied to that flagpole,” Walters said.

Following the move, the flagpole will be more visible, and will give students who tour our campus the opportunity to ask about it and recognize the tradition tied to it. For Walters, seeing the flagpole on the way to class everyday will also serve as a valid reminder that not only are we Tarleton students, but we are also American citizens.