Women’s Basketball gearing up for a great season 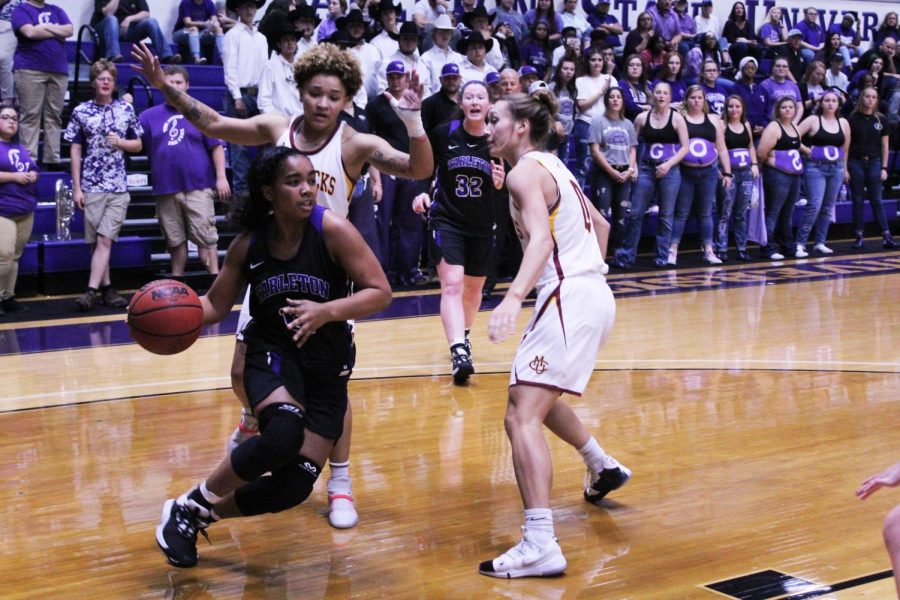 Tarleton Women’s Basketball went into the first home game of the season very motivated to step up in their regular season opener.

“The girls are excited to start the season and begin the games that count toward their record,” Coach Misty Wilson said. The team has been practicing hard, preparing for a strong season, to showcase their skills.

“We focus on communication in practice, with new girls coming from all different programs, it is important to communicate effectively on the court to carry the team to a win,” Wilson said.

With eight newcomers to Tarleton Women’s Basketball, the season has had a unique progression. There comes a lot of adaptation and learning with new and old players forming a cohesive team.

“I like that there is progress each and every day, all of the players come in, work hard, and buy into the success of the team,” Wilson said.

The team has a very fun atmosphere, and they all care about each other as well as their progression towards goals. Overall, the team has formed a good sense of chemistry and they work well together on and off the court.

“Going into my senior season is bittersweet,” senior Kylie Collins, said. She has many goals for herself as well as the team.

“I am willing to do everything I can as a senior and as a leader to accomplish all goals we have,” Collins said. Collins’ hope for her senior season is to get another championship ring.

“Having that accomplishment for my last season would be a cherry on top. To win our conference championship freshman year, and also win senior year would be amazing,” Collins said.

“Our team has had ups and downs all four years that I’ve played at Tarleton, but we’ve definitely had more ups, and I plan to continue those ups this season,” senior Mackenzie Hailey said.

Hailey would like to be a big help in her team winning another conference championship and to graduate with another ring on her hand. Last season, Hailey played in all games for Tarleton, contributing a significant amount to their success. She acquired an LSC conference selection last season, leaving her with hopeful eyes for further success on her part.

Junior, and third year Tarleton Women’s Basketball player, Lucy Benson has a personal goal of being a better teammate, and role model this season.

“I want to focus on encouraging others on and off the court, and creating a positive team environment,” Benson said. This year the team has focused on creating a better dynamic through team bonding.

“This year we gel much better than last year, which has contributed to better communication on the court as well as growing relationships off the court,” Benson said. The Tarleton Women’s Basketball opened the 2019-20 season with a 28-point rout, defeating Adams State 69-41 at the Texan Tip-Off Classic in Wisdom Gym on Friday Nov. 8. Hailey scored 11 of her game-high of 15 points in the first half, matching Adams State’s first half total as a team. Collins added eight points, four rebounds, four assists, and a game high of four steals. Benson started out the third quarter strong, with a layup after one of Adams State’s 21 turnovers. She ended up scoring 8 points and added a team high of six rebounds.

Overall the Texan Tip-Off Classic was a very impressive showing from the Tarleton Women’s Basketball team. With high goals, strong team dynamic, and cohesive communication skills, the team is shaping up to be a strong contender for the conference championship title.