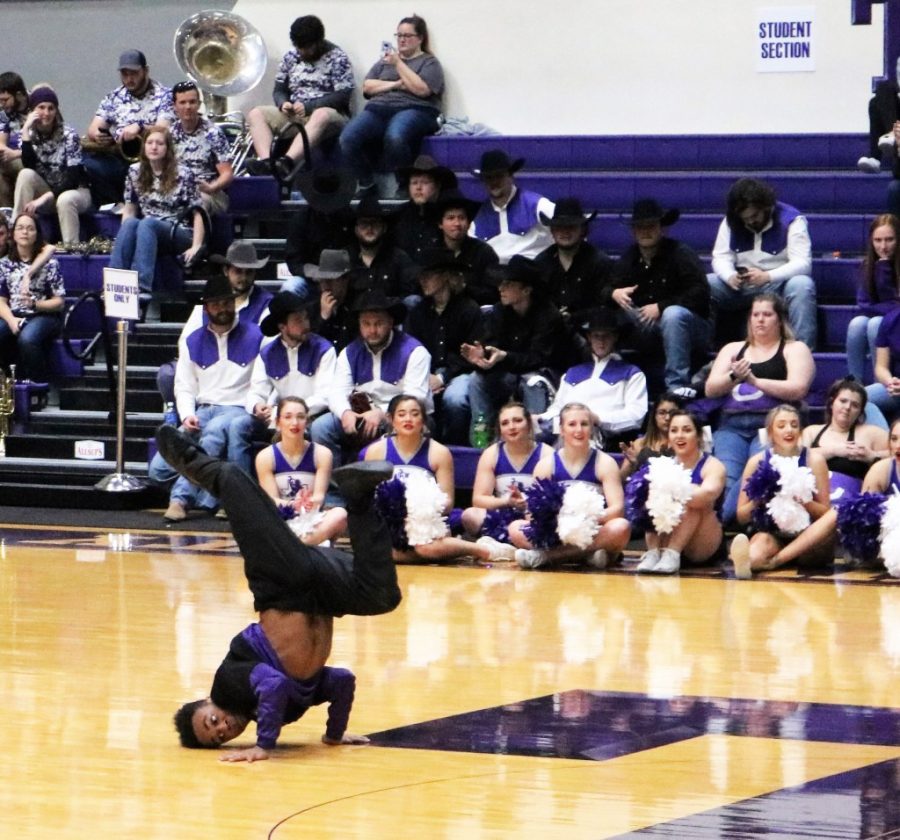 Photo courtesy of David Swearingen from The Flash

The Fly Dance Company performed at the halftime of the Tarleton Baskeball teams on Feb. 7, 2020. This performance was a part of the way Casey Hogan and his team are encouraging people to become more engaged in the game.

On Jan. 18, Athletics had wild west performer Loop Rawlins, perform during halftime at a basketball game, and the feedback was incredible.

“We’re trying to find more ways to get more people at games and engage them,” Assistant Athletic Director for Marketing and Broadcasting and overseer of basketball broadcasting, Casey Hogan said.

“We’re being more aggressive with the performances to entertain our fans and engage with them. Next season we’re going to do more.”

Tarleton Athletics had The Fly Dance Company, a theatrical hip-hop dance crew from Houston, perform in the division rivalry game against Midwestern State on Feb. 6.

“We’re already looking at the 2020-2021 season,” Hogan said. Tarleton Athletics has looked at over 15 performers, making sure they fit with the budget and have availability.

If Tarleton Athletics does not have a performer come in, they have the Texan Stars, a contest or even communities such as the Texas Twisters, a local kid’s dance team.

“It’s tough to have halftime shows for every game, but we will have a performer for big conference games where we want a lot of students,” Hogan said.

“We always have something going on.

“We want wow factors, stuff that’s outside the box, acts you couldn’t see in Stephenville.” Tarleton Athletics wants people who have never been to a game to come, see how fun they are and want to come back.

“The big thing is we’re trying to recruit and engage new fans and make new fans life-long fans. We also want to reward loyal fans with something awesome,” Hogan said.