Sodexo holds concert during Late Night at the Grill 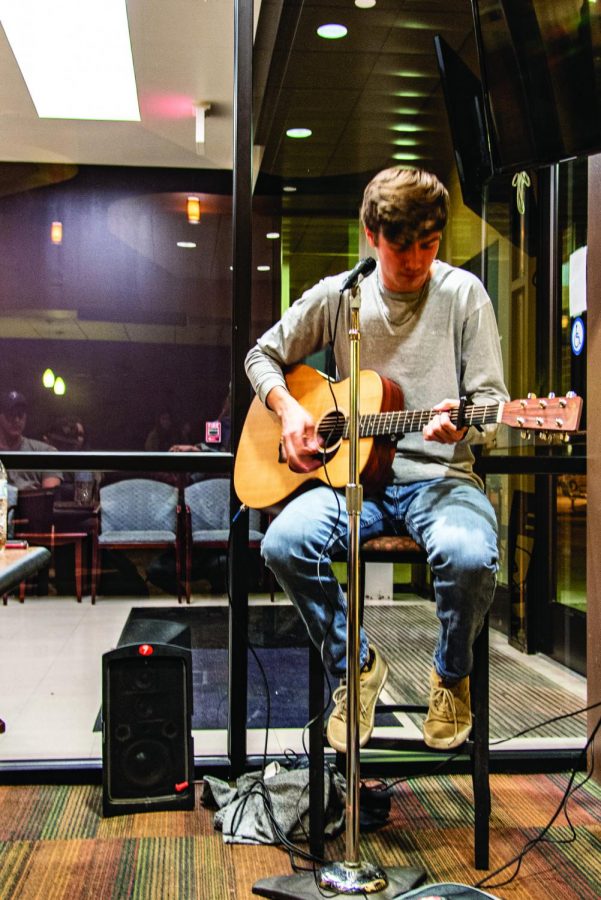 On Feb. 12, students filed into the Dining Hall for Sodexo’s Late Night at the Grill for good food and a live concert performed by Konnor Green. With gentle acoustic covers and a smooth voice, Green kept the audience entertained while they ate their late night snack. Green performed after being asked by Sodexo to help promote the Late Night at the Grill concert series.

Don’t worry if you missed the concert this time. Sodexo wants to continue to hold events like this one in the future. Sodexo’s Marketing Coordinator, Colter Denning, said this is a new way that Sodexo hopes to give students something fun to do at night.

“We are trying to make it a fun place to hang out at night and get some awesome, fresh, made to order food,” Denning said.

Sodexo is currently looking for more performers. If you would like to perform you can sign up by contacting Colter Denning at his email, [email protected] com or over the phone at (254)9689445. This is a great opportunity for Tarleton musicians to take center stage, promote their music and support their university.

Concerts are not going to be the only event Sodexo hopes to hold at the Late Night at the Grill. Denning mentioned that they will also be hosting other events in the coming months.

Sodexo recently hosted a Mortal Kombat 11 tournament during the Late Night at the Grill where 16 people participated in the tournament.

Late Night at the Grill is open to the public Monday through Thursday from 8:30 p.m. to midnight. They serve incredibly tasty food such as but not limited to: burgers, fries, wings, sandwiches and burritos. You can pay with dining dollars, card and cash, it costs $10 to get a meal basket. You cannot use meal swipes to get in.

Sodexo hopes to see you there.