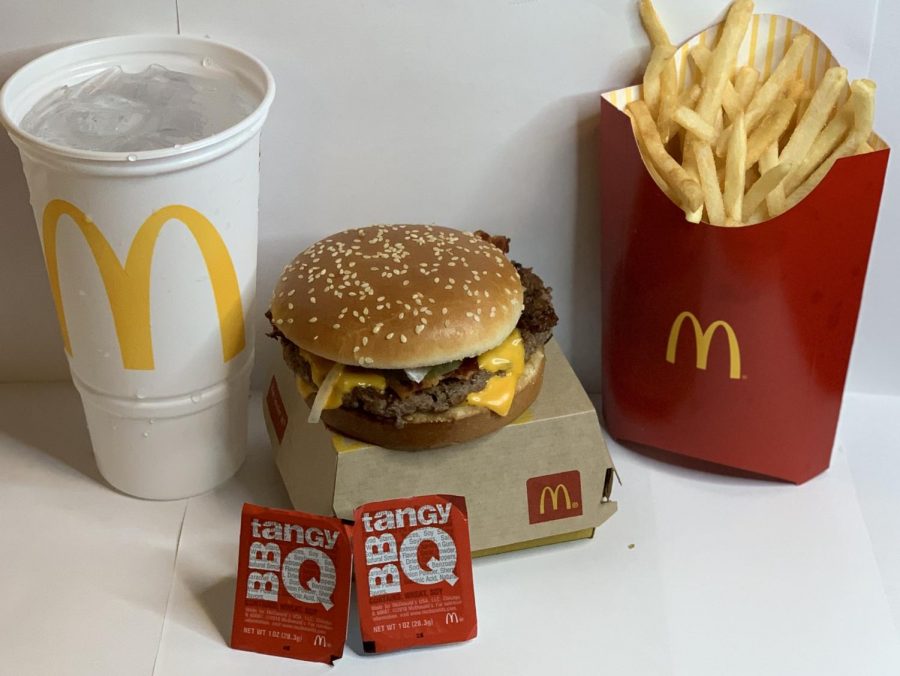 Jaques Bermon Webster II, more famously known as Travis Scott, is an American rapper who was born in Houston, Texas.

Scott is not only known for his rapping career, but many people also know him as the father of Stormi Webster, whose mother is the famous model, Kylie Jenner.

On Tuesday Sept. 8, 2020 Travis Scott and Cactus Jack, his record label, began their month-long partnership with McDonalds. As a very successful and well-known restaurant across the world, this was the first time in over 20 years that the multi-million dollar restaurant franchise has partnered with a celebrity for promotional purposes.

A promotional video was released by Travis Scott to his social media on Sept. 8, 2020. The video showed a miniature doll that looked exactly like the rapper, with a voiceover done by Scott himself. With this video, he gave every one of his fans and followers a look at what was included in this new McDonalds partnership meal and why this specific meal.

“The Cactus Jack Big Mac” is the name of the meal McDonalds has been selling to millions of Americans for the past couple of weeks. This burger was named after the rapper’s record label, and in an ad promoting the meal customers were told it is Travis Scott’s favorite McDonalds meal.

The burger has a quarter pound of beef, lettuce, pickles, onions, two slices of cheese, bacon, as well as ketchup and mustard, all on a sesame seed bun. The Travis Scott burger is very similar to the McDonalds’ quarter pounder with cheese, the only difference is the addition of lettuce and bacon. Since the meal is Travis Scott’s go-to at McDonalds, the drink that is included is a medium sprite.

The average meal at McDonalds ranges from about, $4 to $12 U.S. All together the Travis Scott meal is $6 U.S. plus tax. This is a fair price for everything included in the meal, as it consists of a burger, medium fries, a medium sprite and a side of barbecue sauce.

On the day of the launch and for several days following, there were several posts on social media including Instagram, Snapchat, Twitter and even Tiktok, about the new meal. Exactly one week after the promotional launch, I decided to give it a try. I believe that overall, the burger was very good. Although I did not feel it was something extravagant, it is something I would get occasionally. Overall, I would give the full meal an eight out of ten and do believe people should give it a try.

Now, how has this partnership between McDonalds and Travis Scott affected the company across the United States?

To start, due to the impact of COVID-19, several businesses have suffered a great deal, including a loss of sales. McDonalds was one of those businesses with very low sales, thankfully, the Cactus Jack meal was just what the franchise needed.

Because Travis Scott has over 33 million followers on his social media platforms, which according to McDonalds, over half have taken advantage of this promotion to get a taste of the rapper’s favorite McDonalds’ meal. The partnership has been so successful to the point where there have been more customers than originally expected.

Needless to say, McDonalds has been able to slowly recover from their loss of sales in the past few months, within only a few weeks. As this month-long promotion continues through Oct. 4, the franchise is expecting to see an increase in sales thanks to Travis Scott and Cactus Jack.

The company has not yet stated anything about any other future promotions with other celebrities, but it may be possible. For now, we will all be enjoying the Travis Scott meal for the rest of the month.