Fall 2020 brings many changes to campus 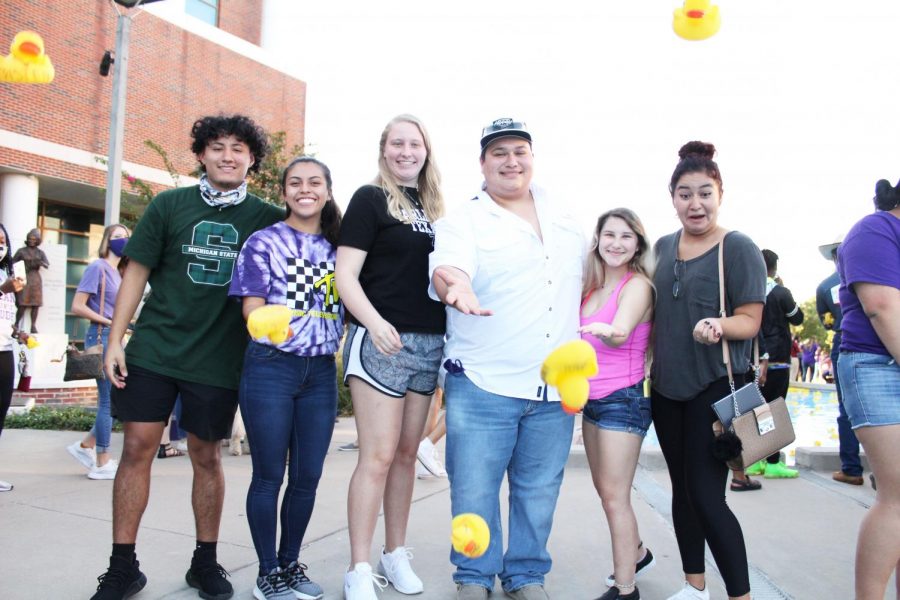 As the fall semester comes to a close, so does the cursed year of 2020. Looking back, we’ve been thrown many curve balls, but we continue to persevere through it all. During our first semester back on campus, after COVID-19, Tarleton shown that its students can find some sort of normalcy again, even if it means wearing facemasks and social distancing.

Although it may be difficult to see the many successes of this semester; we as a campus community have had many. Here are some of the semester’s highlights.

Kickstarting the semester Tarleton welcomed the class of 2024. After a successful move in day, the incoming Freshman participated in Transition Week. There, the students participated in fun events that encouraged getting more involved on campus and learning more about Tarleton’s traditions and history. Finally, at the end of the week, the students lit their candle signifying that they will always be a Tarleton Texan.

A week later, on Aug. 28 Tarleton hosted the Unity Walk to commemorate the 57th anniversary of Dr. Martin Luther King Jr.’s “I Have a Dream,” speech. Dr. King’s speech was first heard in 1963 during the march on Washington. The speech brought hope to minorities that someday they will have the same and equal rights as every person in the U.S. Tarleton student leaders recited excerpts from Dr. King’s speeches and their call to action to renew our commitment to the dream.

Narda Roman Delgado, the Vice President of Tarleton’s Organization of Latinx American Students (OLAS) expressed her hope that when people see the gallery they see themselves in the people featured in the gallery.

“I hope when people see the pictures, they not only see us, but they see themselves in us as well. You know, we might be different in our backgrounds, but there will always be things in common between us,” Roman Delgado said. “I think people from all different backgrounds can relate to the insecurity of being exposed. So, this is not only a depiction or exposure of vulnerability, this is a commonality between the viewer and the people represented in the gallery.”

Creating something new seems to be the trend on campus this semester. Tarleton’s Kinesiology department is the perfect example of taking something old and making it brand new. A group of four kinesiology students and graduate assistants decided to revamp the departments “Frontrunners Podcast,” by aiming to reach a new audience. These students are Frontrunners Podcast’s Director and Producer Lane Senn, and the podcast’s Social Media Coordinators Kaity Burris, Sydney Shippey and Josh Willis.

Tarleton’s first Midnight Madness as a Division I program took place on Wednesday, Oct. 28. Capacity inside Wisdom Gym is limited to a maximum of 50%, per Governor Abbott’s Executive
Order. Athletes and students were excited to return to Wisdom gym after having to say goodbye so quickly into the season due to COVID-19.

With all the exciting things that are happening around us, it’s easy to lose track of time. For so
many of us the semester flew by so quickly we barely realized we had finished midterms. After the pandemic started, we all tried to find some sort of comfort, and for many of us that meant wanting to see a change. The changes don’t have to stop in 2020 though.

2021 opens the door to many new opportunities. Keep your eyes open next spring for the many ways you can make a change.