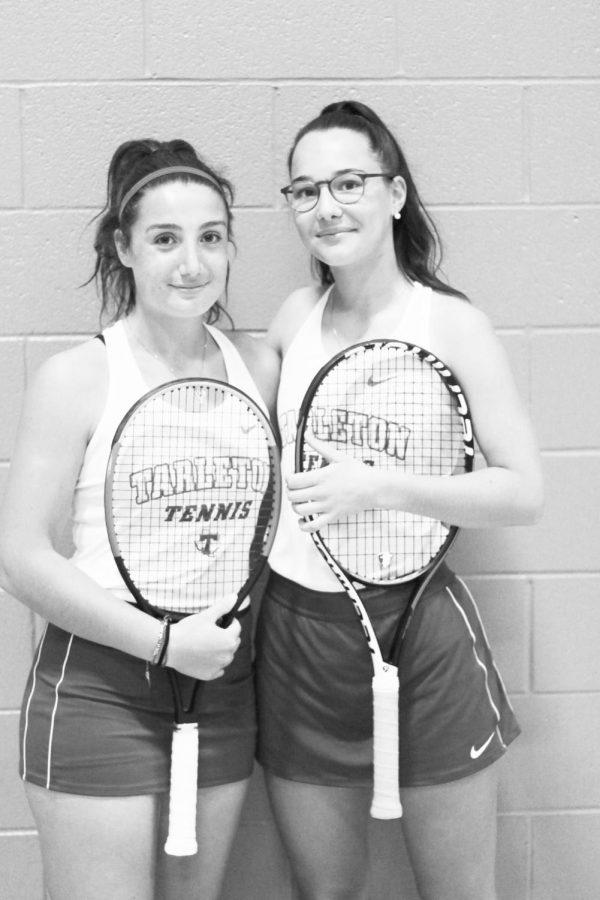 Tarleton State University’s women’s tennis team is scheduled to compete against Lamar University on Jan. 30, 2021 in Edinburg, Texas.
The team started off the season with a 0-4 loss against TCU on Jan. 16 and over the past weekend they competed against Sam Houston State twice. The team lost both matches against Sam Houston with the first score being 0-5 and the second being 3-4. The first home match of the season is set for Friday Feb. 12 at 2 p.m. against UT Permian Basin.
Despite the initial loss against TCU, the team showed high morale at Tarleton’s Spring Sport Media Day on Sunday, Jan. 17, 2021.
“I’m really excited. I think the team is going to do really well. Our depth is really there this year and just our level of excitement and competitiveness is going to help us against some of these tough matches,” Women’s Tennis Head Coach, Elianne Douglas-Miron said. “We played TCU Jan. 16, 2021 so it was a great opening match for us. It was great to see where we are at and we’re just excited to keep going.”
“I think we did a very good job for our first match after such a long time. TCU is a really good school with really good players. So, I think for our first match it was really good but of course we could have done better,” freshman math major and French native, Elsa Boisson said.
This year the team has 10 players with five being international students. Three of the girls have returned from last year with seven of the ten being either new to the team or freshmen.
“We’re really excited to have a brand new, bigger team this year. I think it’s going to help everyone with the competition level, you know in practice we can push each other a little bit more but also just having teammates to rely on in those tough moments is going to be really exciting for us,” Douglas-Miron said.
“Typically, a tennis team has eight girls so having ten is not necessarily a crazy number of girls. I think that it elevates the level of tennis on our team because having more people to play against in practice is better for us,” Douglas-Miron said. “We have five international players and five Americans on the team. Tennis is a very international sport so it’s not anything new that there’s international players on the team.”
This year the tennis team will have 24 matches in total which will give the team plenty of time to grow and prove themselves as a Division 1 team.
“In the fall we have three to four tournaments but in the spring is when we have our main championship season. This year we actually have 24 matches in the spring. One day is one match and we have 24 total so we pretty much go every weekend starting Jan. 16,” Douglas-Miron said. “So, there is usually a conference tournament but because we are in a transition period we won’t be playing for around four years but it might be less.”
The team was able to spend the fall 2020 semester together on the Stephenville campus and were able to begin to bond. Some of the girls are even roommates including the freshmen duo of Boisson and Greek native, Martha Makantasi. The girls play both individual matches and are partners for when the team plays doubles.
“Being on the team this year is awesome. I really like it. The environment is really good,. The coach is really good. We are having fun with the girls and we all like each other. It’s really nice having a team that supports you,” Boisson said.
Makantasi and Boisson share a special connection that comes from being international students. This connection has strengthened their bond and helped them to understand the other’s strengths and weaknesses.
“I think that the fact that we both come from different countries connects us. We just understand each other without talking. Playing together is easy because we play the same [on the court] and in our minds,” Makantasi said.
With the team consisting of a majority of international players, COVID-19 travel restrictions and international relations are on everyone’s minds.
“Greece right now has a lockdown so it’s really nice to be here. The situation right now in every country is bad, but I mean we can overcome this but it is difficult. The traveling was really difficult but we made it,” Makantasi said.
“Back in France we are possibly going into a lockdown as well. Being here without a lockdown for the moment is pretty cool. The fact that we can still have our season and play matches is really exciting and I didn’t expect it so we’re really happy,” Boisson said.
Despite losing at TCU the duo took away valuable information to improve on for future games.
“Personally, for doubles, I think we should focus more on our first balls like serving and returning because that’s what really cost us the match [against TCU],” Boisson said.
“In the crucial points we should be more focused and I think we should play our game and not let our opponent play their game on us. Overall, I think it’s just small details that we need to change to change the outcome [of our matches],” Makantasi said.