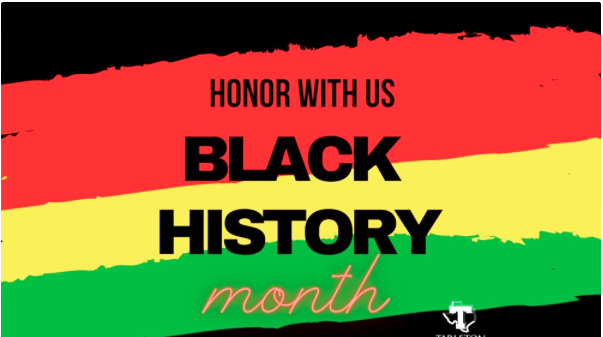 Photo Courtesy of Office of Diversity and Inclusion and International Programs

Tarleton’s Office of Diversity and Inclusion and International Programs are putting on multiple events through the month of February in order to honor Black History month.

On Feb. 3, 2021, Tarleton State University’s Office of Diversity and Inclusion and International Programs (ODIIP) held their monthly Diversity Dialogue. This month, the focus of the Diversity Dialogue was on Black History Month and its significance. Deja Austin spoke at the event about Ida Gray Nelson Rollins and her contributions to American society.
“Part of what I think is missing from the conversation is the ways that we erase the first inventions and contributions of Black Americans and African Americans. So, we spoke about Ida Gray Nelson Rollins. She was the first black, first female, first black female dentist,” Diversity Dialogue coordinator Emily Vankirk said.
White Americans are often times taught of their culture and history in public schools more thoroughly than others. This can lead young people of color to feel as if their cultures are not as appreciated in America.
“Sometimes we can feel like ‘oh well why are we doing extra special focus’ because we’re not talking about these [cultures] during our regularly assigned programming. Not as an institution but as educators in general,” Vankirk said.
ODIIP was inspired by the erasure of these significant contributions to put together a month of activities and events in order to celebrate Black and African American heritage.
“So [we want to focus on] really coming in and recognizing [these things]. Then [during some of the events this month] we’ll also talk about how representation in a professional field can really connect with how you see yourself being able to fulfill those roles,” Vankirk said.
Vankirk also spoke about how easy it is for white people to trace their heritage in comparison to some people of color. People who are descendants of slaves have a much harder time tracing their lineage because slaves were not allowed to read or write. This means that for some people their ancestors might not have had names or birth certificates.
“My grandfather immigrated from Sweden when he was 11 and for me there’s stuff I can find pretty easily that talks about other Swedish immigrants. There’s even a whole [Swedish] American Girl doll so we’re really going to challenge folks to think about who writes history, what makes history and what makes ‘different word’ history,” Vankirk said.
ODIIP will also be hosting a Black History Month Gallery and A Conversation later this month. The gallery will be on the Tarleton Stephenville campus on Feb. 16 in the Math building, room 125 from 9 a.m. to 4 p.m. Then on the Tarleton Fort Worth campus on Feb. 17 in B1 room 121 from 9 a.m. to 4 p.m. Both galleries will have guest speakers during the A Conversation events. The A Conversation events will happen at 1:30 p.m. on Feb. 16 and at 5 p.m. on Feb. 17.
“We’re putting together a gallery about the origin of Black History month, because not everybody knows the history of why we have a Black History month as opposed to a white history month or a Hispanic Heritage month, those are both very different histories. The origin stories for those [months] are very different and they came about at different times,” Vankirk said.
The guest speakers for the A Conversation events will be Dr. Renee Barlow and Dr. Andrea Nelson.
“[Dr. Barlow] teaches an African American literature course, so she’s going to talk about the contributions of African American art, culture and literature to American culture,” Vankirk said. “We don’t really think about it but historically speaking a lot of what is American culture as opposed to things European Americans brought to America really is black culture. Rock and roll, blues, jazz music wise those are always really easy to remember but those are black rooted art forms.”
“[Dr. Nelson] is going to speak more to the role of Black History and the recognition of it within a K through 12 or even K through university environment. Dr. Nelson is [also] involved with a group that’s putting together a huge textbook that covers Black History from ancient Africa to modern Canada” Vankirk said.
ODIIP is also hosted a showing of the film BlacKkKlansman on Feb. 8. The film features a black detective who is put in charge of infiltrating the Ku Klux Klan.
“That was a film selected pretty directly by our students in the student programs. However, I will say that film was chosen partially because it is based on a true story and a big piece of why it was so important to our students to show here is because a lot of the times films like that, including that one in particular, that have more of what is perceived to be a Black only audience don’t end up being shown here or anywhere near here,” Vankirk said. “So, when the film was originally playing you couldn’t see it in Stephenville. I’m not certain if you could see it in Granbury or Weatherford either because it varies, sometimes you can sometimes you can’t. We get [to see] things like Black Panther because it is a Marvel movie but we did not get 12 Years a Slave.”
Some of the other programs that ODIIP is hosting this month are Black @ Tarleton and Rainbow Bunch: Black and LGBTQ+. Black @ Tarleton will take place on Feb. 22 from 10 a.m. to 1 p.m. on the Dining Hall Patio. Black @ Tarleton is a tabling event where Black students can come and talk about their experiences at Tarleton. Rainbow Bunch: Black and LGBTQ+ will take place on Feb. 24 from 1:30 p.m. to 2:30 p.m. in the Math building, room 125.
ODIIP has also worked on expanding their programming to reach all of the Tarleton campuses.
“We’re really stoked this year to be expanding our programing and trying to hit more campuses. Tarleton Stephenville is a really major campus, it’s maybe our first campus but that doesn’t mean that students on other campuses don’t want to engage in our programs,” Vankirk said.
Recordings of ODIIP’s Diversity Dialogues can be found everywhere that you listen to podcasts under Making Space: A Diversity Dialogue.