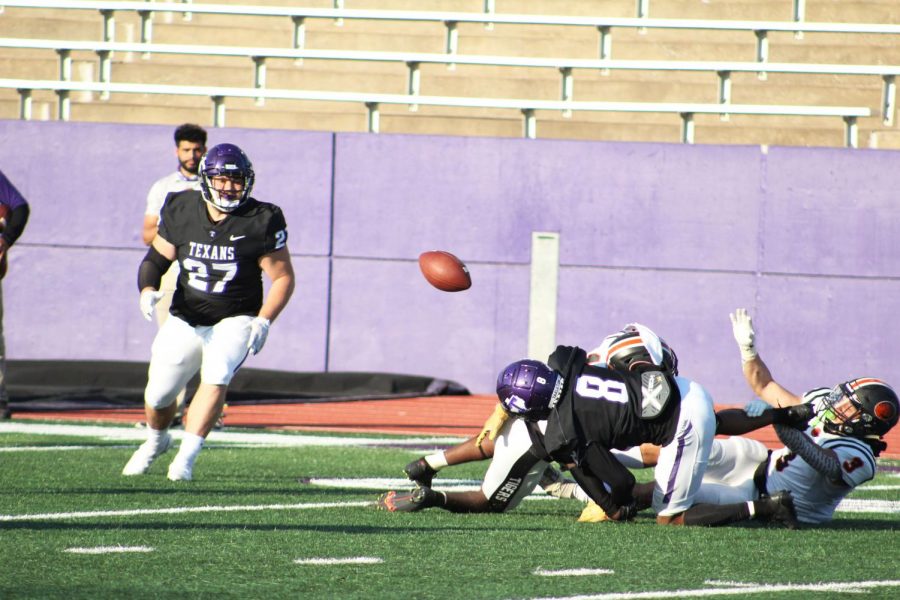 Kaylon Horton fumbling the ball on a punt return after a collision with two players during the April 1, 2021 game against East Central.