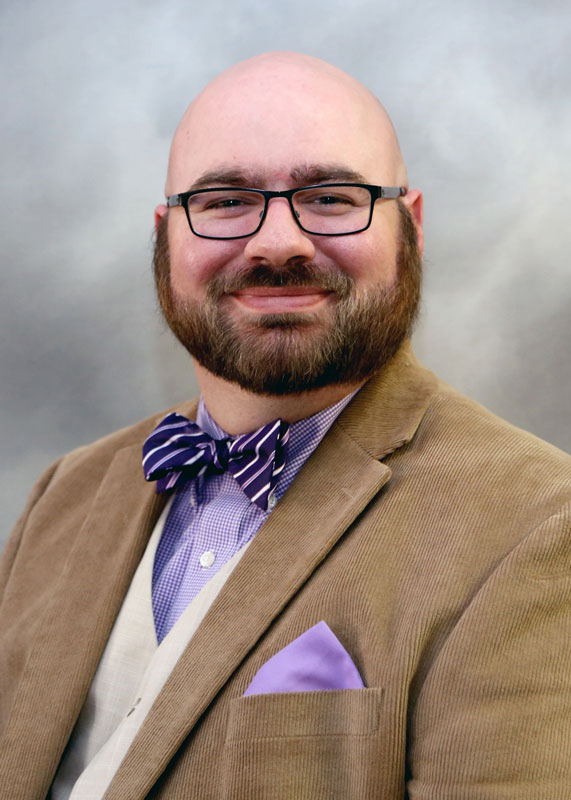 Dr. Brandon Smith started teaching at Tarleton in 2017 and has received the Young Outstanding Scientist award in Education from the American Society of Animal Science this year.

“[This award] means a lot, the way I have put it is that it is the culmination of what I’ve done here. Taking the job at Tarleton coming straight out of a Ph.D. I went into a heavy teaching role and this just means that I’ve done what I hoped to do,” Dr. Smith said. “Tarleton professors, Tarleton teachers have been very good at winning awards and very good at what they do. This just happens to be the first time that we’ve made it into the ASAS professional awards.”

Along with being a personal achievement for Dr. Smith this award also benefits Tarleton as a whole.

“You’ve heard me say high tide will raise all boats. Well that high tide of Dr. Smith winning that award raises the university profile and it elevates us to another level,” Tarleton President, Dr. James Hurley said.

Dr. Smith has conducted a few research projects at Tarleton mostly focusing on new feed sources and ways to reuse spent waste products. These projects embody the idea of taking something that many would see as wasted and giving it new life. This is an example of Dr. Smith’s ability to take his own habits and change them for the better, which can also be seen in his teaching strategies.

What I’m “most proud of is adaptability. I usually don’t teach the same thing the same way twice. When I first came in I thought I knew what it was to teach, I thought I knew what it would take, turns out I was wrong. So, I changed up what I was doing, I had written a teaching philosophy when I got here, I threw that out the window. That didn’t work,” Dr. Smith said.

Dr. Smith spent his time at Tarleton not only conducting research with students but also by learning how to be a better professor from his students.

“I’ve re-vamped my teaching philosophy several times and it’s mainly did this work this semester? Did the students respond? If they liked it I kept it, if they didn’t like it I had to look at did they not like it just because it was hard or did it not work? So, that’s really been what I think of is [that] I’m always changing something,” Dr. Smith said.

As a part of the award Dr. Smith along with a few of his students got the opportunity to travel to the yearly ASAS convention. The convention was held in the Kentucky International Convention Center in Louisville Kentucky during July 14 through July 17.

“We traveled with seven of our students, under grad and graduate, and then Dr. Runyan [another professor in the department] and I both went so [we] spent all weekend in Kentucky, had an amazing time, very good convention,” Dr. Smith said. “I presented in one symposium discussing statistics, which I teach here, I chaired another symposium on teaching, it’s really just getting updates on what’s going on in the field. “

Taking students to the convention is just one of the ways that Dr. Smith encourages his students to get involved in the career field. Dr. Angela Boyer, a senior technical advisor at Phibro and friend of Dr. Smith nominated him for the Young Outstanding Scientist award after speaking to some of his students. Dr. Boyer has not had the opportunity to see Dr. Smith teach in person but has learned of his teaching skills through talking to his students at conventions like the ASAS convention.

This will be Dr. Smith’s last few weeks at Tarleton as he is moving to take over a teaching position at Auburn University in Alabama this fall.

“[Dr. Smith is] incredible, he’s been a tremendous faculty member and he was one of the first faculty members that I met. He’s always greeted me with a smile, he’s always greeted people, he just loves students, he loves learning and he’s someone that we all should emulate and just be in that high tide,” Dr Hurley said. “I’m sad that we’re losing him but I’m happy for him because professionally it’s a chance for him to grow.”