Beef industry prices and job opportunities, on the rise 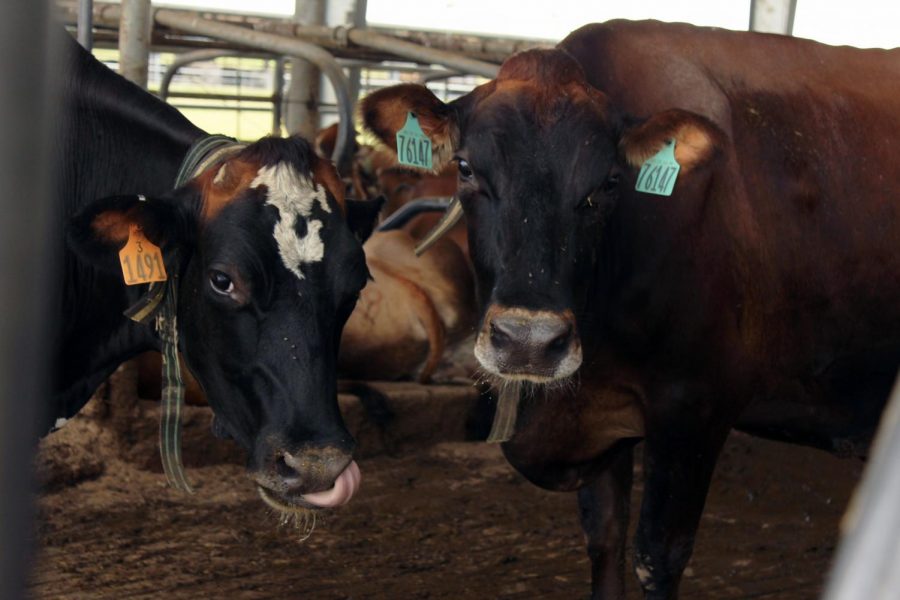 The Southwest Regional Dairy Center is home to many different types of cattle including beef cattle.

National cattle prices have risen significantly over the past year due to the COVID-19 pandemic. This can be seen at grocery stores and meat sales all over the country including at Tarleton State University’s Purple Tractor, which works to give students customer service experience in selling meat.

Tarleton Meat Judging Coach and Assistant Professor, Dr. Drew Cassens, was able to provide some insight as to why the national beef prices may have risen recently.

Dr. Cassens explained that during the height of the COVID-19 pandemic the demand for beef in the restaurant industry plummeted while the need for retail beef rose. This caused the price in retail beef to spike.

With the restaurant industry reopening its doors to the public again, the demand for meat is outweighing the supply.

“[Restaurants are] the ones that are needing those ribeye’s, needing those tenderloins, those T-bone steaks to serve. So, because of that we don’t have as much of a supply for [retail sales],” Dr. Cassens said.

This is not the only cause of the problem though, as the demand for retail beef has also increased causing competition between restaurants and the retail industry. The increase in demand for retail beef is likely caused by people reopening their homes to guests for cookouts and parties where beef, like ribs, hamburgers or steaks are commonly served.

The rise in beef prices is not all bad news, there are currently many unfilled job openings across the country in the meat industry. These unfilled positions are creating opportunities for Tarleton students to get involved with meat production.

“I think it’s an awesome opportunity, there’s a demand for these students right now. I get calls once, twice a week asking if we have any students that are interested in working in the industry. So, the jobs are out there and I think that’s one of the best things about it,” Dr. Cassens said.

However, the lack of available workers could also be contributing to the lack of affordable feed sources for beef producers. Without the available personnel to pack, process and sell the feed the price of production is increasing.

Dr. Cassens explained that the price of corn has risen drastically likely due to the decrease in availability. The lack of availability and rise in corn prices is causing many ranchers to want to charge more for their cows because they have to pay more to feed their animals. This is not always feasible because many of the feed lots are wanting to purchase heavier cattle than the farmers are able to produce.

“[Beef producers] aren’t getting as high of a premium as they would have usually gotten because most of these big feed lots are wanting to buy as heavy of calves as possible,” Dr. Cassens said.

One solution to the spike in corn prices could lie within the research projects of another Tarleton Assistant Professor, Dr. Brandon Smith. Dr. Smith has spent a large portion of his time at Tarleton conducting research projects regarding the use of waste products as feed sources for livestock. These alternate feed sources could possibly be used as cheaper options in comparison to traditional feed.

The goal of the recycle through refeeding initiative is to take waste out of landfills and turn it into alternative feed for animals. These alternate feed sources could benefit the planet long term by reducing the waste that goes into landfills.

The research conducted by Dr. Smith and the education provided by Tarleton could be the solution to the beef industry’s problems as Tarleton students prepare to enter the work force and fill job openings.

“We’re making sure that we give them the opportunity and give them the knowledge so that they can go into the work force and be extremely successful in any kind of job. So, there’s a huge demand for students right now for jobs and anybody in the meat industry,” Dr. Cassens said.