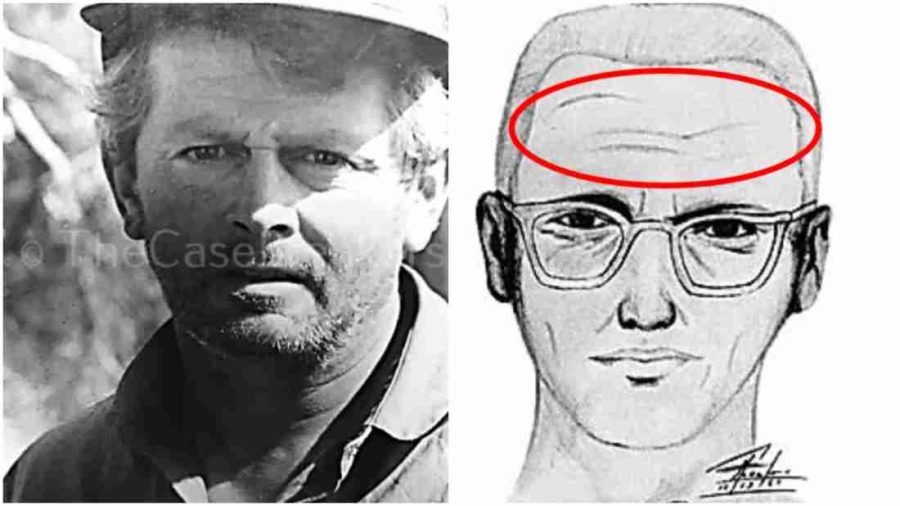 Photo Courtesy of The Case Breakers

Although, the Zodiac Killer has been identified, it is still one of the world’s favorite mysteries to solve.

A group of more than 40 independent investigators called “The Case Breakers” have identified Gary Francis Poste as the notorious Zodiac Killer.

Poste was an Air Force veteran and painted houses for a living.

He was arrested in 2016 for charges of domestic violence. He was diagnosed with dementia and ruled incompetent to stand trial.

If you don’t have an unhealthy obsession with true crime like I do, here’s the rundown of the Zodiac Killer.

The Zodiac Killer operated from 1968 to 1969 in Southern California. He attacked seven people and claimed the lives of five of them, though he claimed to have killed 37 in total.

From 1969 to 1974, he taunted the public and law enforcement with handwritten letters that he sent to various local newspapers.The killer threatened to attack more people if the newspapers did not publish his letters on the front page.

The letters included information that only the killer would have known and a symbol of a circle with a cross through it, which became the killer’s calling card.

The killer frequently criticized the police for not being able to catch him.

The letters also contained four ciphers, which the killer claimed would reveal his identity.

Cipher Z408 was cracked by a high school teacher and his wife soon after it was published.

Ciphers Z13 and Z32 remain unsolved. Expert coders believe that these ciphers may be impossible to crack since they are so short.

There are seven confirmed victims of the Zodiac Killer, five who died and two who survived.

Mageau and Hartnell were the only survivors.

The Case Breakers were created in 2011 by documentarians Thomas J. and Dawna Colbert. Now there are more than 40 members including retired law enforcement, private investigators, forensic scientists, FBI personnel, legal associates, military intelligence and journalists with over 1500 years of combined experience. These individuals volunteer their time to help agencies with their cold case files.

With new evidence of a possible DNA match, affidavits, the killer’s personal photos and multiple eyewitnesses, the team’s former FBI agents have described it as irrefutable evidence towards Poste being the famed killer.

Although there are only seven confirmed Zodiac victims, there was one murder in 1962 and one in 1966 that predate the known Zodiac killings and are believed to be his first victims.

The murder of Ray Davis in 1962 is thought to be the work of the Zodiac Killer because the killer called the police prior to the murder and said he would be “committing a baffling crime.”

After the murder, he called the police again to warn of future attacks. The killer used two guns, a .22 caliber and long rifle.

A .22 caliber weapon was used in the known Zodiac killings as well.

The murder of Cheri Jo Bates in 1966 is thought to be the work of the Zodiac Killer because of multiple pieces of evidence tied to the case.

The investigators discovered a broken Timex wristwatch. This watch was believed to have been purchased at a military base.

Poste was an Air Force veteran who at the time was being treated for a gun-related injury at March Air Force Base just 15 minutes from the crime scene.

A heelprint was also found at the crime scene. This print was confirmed to be a size six military style boot.

The Coroner who performed the autopsy of Bates found four brown hairs that belong to the killer. Poste had brown hair; however, brown hair is common so this evidence is not as strong.

A letter from the killer named “The Confession” was sent to the local police department one month after Bate’s murder.

While this letter was typed instead of written like the rest of the confirmed Zodiac letters, it had similar vocabulary including the misspelling of the word “twitch” which the killer spelled as “twich.”

This letter is not confirmed to be from the Zodiac Killer.

While the police department that handles the Bates murder did not believe that this was the work of the Zodiac, the FBI referred to Bates as the Zodiac Killer’s sixth victim in a memo released in 1975.

Eyewitness accounts are not as reliable as other pieces of evidence, but they are still worth mentioning.

A man named Wil, who refers to himself as an “outlaw turned Zodiac whistleblower,” claims to have been a part of Poste’s Zodiac “posse” and groomed him into a “killing machine.”

After escaping from the killer’s posse Wil became homeless. He went to the authorities but they would not give him the time of day. That’s when The Case Breakers stepped in and retired Capt. Hans Smits took him in to support him.

“He had a great side. He just didn’t have a conscience. He could kill indiscriminately,” Wil said about Poste in an interview with The Case Breakers.

Wil said that Poste would have to kill to feel better, even if it was just small animals.

Wil also claimed to have witnessed Poste burying murder weapons. He has given the location of these weapons to The Case Breakers.

Poste’s former daughter-in-law reported that two of his goons came after her when she divorced his son. They threatened, harassed and even assaulted her until she moved to another state.

In the 1970s, Poste and his wife babysat a girl named Gwennie. They taught her how to operate firearms and took her out to the woods almost every day.

Gwennie noticed violent and careless behavior in Poste, especially towards his wife.

Gwennie reconnected with Poste’s former wife, who is 75-year-old and in assisted living.

“I’m sorry that I didn’t tell the cops about his [Zodiac] past,” his former wife said in the conversation with Gwennie.

The most damning evidence for Poste being the famed Zodiac Killer are the scars on his forehead.

In the official police sketch of the killer, there are multiple distinguished scars on his forehead.

Photos of Poste show that he has scars on his forehead that fit the size, shape and location of the scars in the police sketch.

Law enforcement are still skeptical to consider this a conclusion to this half-century long case.

“Investigation into the Zodiac Killer remains open and unsolved,” San Francisco FBI official statement said. “Due to the ongoing nature of the investigation, and out of respect for the victims and their families, we will not be providing further comment at this time.”

While this is not the true end to the case of the uncrackable killer, this is the closest the case has been to finally being solved.