I once was but only a tiny burr

The Grassburr continues to capture the moment at Tarleton 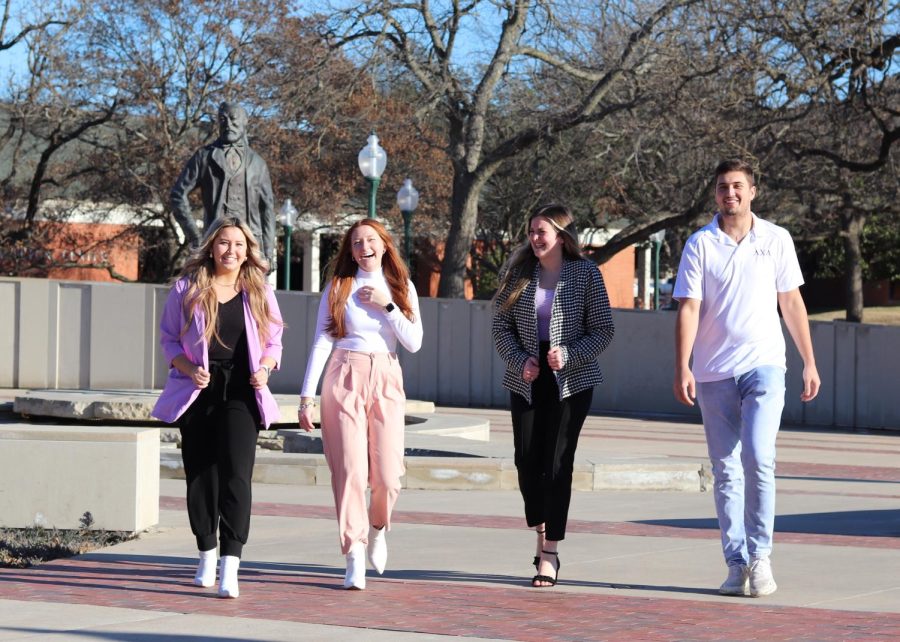 When we think of what it means to be a Tarleton Texan, we know it means to embody our core values and be a part of the many traditions that we hold as a university. The traditions Tarleton holds are seen everywhere on campus, and all of the traditions have some sort of event at least once a year that reminds us how lucky we are to be a part of something greater than ourselves. One tradition that captures all of the great memories students make on campus is the Grassburr. The Grassburr is the student yearbook and it is one of Tarleton’s many traditions we hold dearly to our hearts.

The Grassburr made its debut in 1916 at John Tarleton Agricultural College. It became the official yearbook for Tarleton State. The Grassburr was named by Roy Mefford. He named it the Grassburr because of the run-down buildings on the 40-acre land that was covered in burrs. Therefore, the name Grassburr quite literally stuck. There have been attempts in the past to change the name of this beloved book, but in the 1920s, President James Franklin Cox made the decision to keep the name because he felt it was “as good of a name as any.” The Tarleton student council in 1936 came up with a large number of new name ideas, but yet again, The Grassburr prevailed. The first editor of the Grassburr was Paul Williams. The book is a beloved addition to all of the traditions at Tarleton and has developed into something astonishing over the years, picturing how Tarleton has developed since its newborn years in 1899.

In 1923, the staff of the Grassburr wrote “I was a tiny burr at first, but I have been tenderly nourished and carefully tended, and my growth has astonished even those who officiated at my christening.” This quote perfectly embodies the history and pieces of the Grassburr. It shows how much hard work has gone into this project, and what an impact it has made.

The Grassburr is a book of memories for each academic year at Tarleton. Each year a new Grassburr is released, with a new cover and all kinds of new memories. Every edition of the Grassburr up until the early to late 90s remembered previous organizations which resided at Tarleton. These included the Janitor’s club, silver key club, and the Lords and Commoners club. While these organizations are no longer a part of Tarleton, they were great predecessors for the current fraternity and sorority life we have on campus.

In the early 2000s, the Grasburr was in danger of becoming a thing of the past. Questions were raised as to whether or not the funding was worth using on the yearbook, or if it should go to other, essentially more important things. However, in 2006 Tarleton students voted on whether or not the student fee that funded the Grassburr should continue to fund just that, or if they should fund other needs on campus. The students did not disappoint when they voted to keep the Grassburr around, and not only that, they also decided to provide a Grassburr to every undergraduate student on campus every year.

From the time that the first Grassburr was created to the present Grassburr, it looks a lot different. The first Grassburrs had leather covers that looked vintage. Now, the Grassburr takes on a very modern design and has grown so much in size due to all the new things that have taken place over the years at Tarleton. New traditions, activities, and Greek life events are always being added. It is easy to see how much Tarleton has grown and evolved over the years when looking at these books and it is amazing to see just how far Tarleton has come.

The current staff at the Grassburr consists of four students and their advisor,  Hillary Trussell as well as the Editor-in-Chief, Hannah Ekwall.

“The Grassburr is the ultimate keeper of Tarleton’s history. It’s an important document that collects happy memories, special events, outstanding Texans, and historical times. The Grassburr is a book that anyone can open and learn why the Texan family is tight-knit and one-of-a-kind,” stated Trussell.

Another responsibility of anyone who works for the Grassburr staff is to leave behind a positive legacy and to inspire future staff to do the same.

“ I hope to leave a legacy of kindness, encouragement, and collaboration. With those qualities I think any editorial team will thrive and create an amazing yearbook that the student body, faculty, staff, and alumni will enjoy,” said Trussell.

“I feel like this job has developed my creativity as well as learning how to use different graphic design applications,” Ekwall said. “It has also taught me how to delegate tasks a little bit better as a leader.”

The process that goes into creating a Grassburr is one that is time-consuming, and it takes everyone on the staff to make it happen. It starts by finding inspiration from previous Grassburr editions, as well as getting inspiration from other schools’ yearbooks as well. The staff finds things in old Grassburr editions that they can include in order to be reminded of the past in some way. They then take their ideas to Walsworth, the company that publishes the yearbook. When they meet with Walsworth, they are given options for color schemes and get to choose the exact colors they want for the book. Walsworth also designs the artistic elements that correspond with the theme of that specific Grassburr. The process of developing a new Grassbur takes a year to complete. This is because it is such a huge process of collecting everything from an entire school year and putting it all together. With it being such a long process, there are definitely challenges that go along with making this special book a reality.

“I think the most challenging part of creating a Grassburr is just making sure deadlines are met and pages are completed in a timely manner in order to ensure we have the entire book done on time,” Ekwall said.

The senior editor on the Grassburr staff, Sydney Ford, is a senior communication studies major. Ford has also worked for Grassburr since August of 2020. Working to create such a big project is hard, but Ford enjoys her role very much.

“My favorite part of the job is working with this staff and being able to put our ideas together to create something that will last forever,” Ford stated.

Since she has worked for the Grassburr for so long, Ford has gained an appreciation for what it means to Tarleton.

“The Grassburr is meaningful to me because I get to be a part of creating something that is full of Tarleton traditions and it will be a part of who I am for the rest of my life,” Ford stated.

The Grassburr is full of so many different sections that display every single piece of Tarleton and its campus, as well as the people who call this university their home.

“My favorite section of this book is definitely the tradition portion because it has every single event we do as a school throughout the year to embody and live out all of the traditions we have here. The people are different every year but the tradition will always remain the same,” Ford stated.

There is so much effort that goes into creating this book that is held so dearly to our hearts. As students, we will always know the traditions that are important to us, but the Grassburr allows us to have physical access to the memories and pictures that go along with everything we do to celebrate this wonderful school. If you take a look into the Grassburr office, you will find a room full of past yearbooks, and you will understand just how important it is. From old to new, it perfectly represents how many people have been able to be a part of keeping this tradition alive and making sure that everyone’s memories are saved.