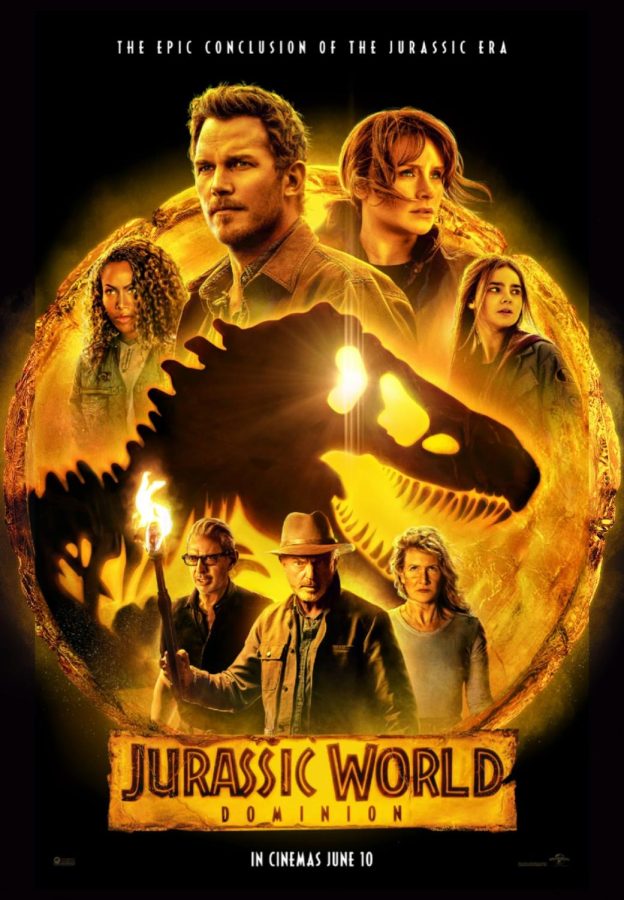 The long awaited and anticipated third  movie of the revamped Jurassic Park sequels, “Jurassic World: Dominion,” hit box offices in June 2022. Since then, it has amassed a profit of nearly $500 million dollars between the international and domestic box offices.

I saw the movie a month post release, completely unbiased, and I’ll be providing some facts and opinions on what I thought of what may be the last of the remake trilogy.

At first glance, the third movie of the remake series is doing well given its $500 million in total profit with a production budget of just over $185 million after just a month on the silver screen. Interestingly enough, the original 1993 Jurassic Park movie just surpassed 1 billion dollars in profits. Now that’s what I call colossal.

My initial thoughts of the movie are positive and I loved seeing nostalgic characters from the original Jurassic Park movie incorporated into the film. It helped play on the motif of “history repeating itself” which seemed to be the main premise of the movie plot. I will not spoil crucial details for those who have not seen the movie yet, but it has a similar feel to the previous movies of the trilogy with hints of the traditional Jurassic Park we know and love.

Some things I did not like about the movie, however, were the seemingly shallow, predictable plot and the length of the movie. History repeating itself is interesting up to a certain point, but with few twists and turns, the movie remained nearly completely composed of previous contingencies. About halfway into the movie, after nonstop action shots, is when I began to lose interest. Coming in at 2 hours and 26 minutes, the new movie is significantly longer than the average of 1 hour and 51 minutes, thus creating a significant difference in the amount of attention it takes to view the movie.

There were things I liked and things I did not like but overall, I would rate the movie as a general “good.” It was entertaining and put me on the edge of my seat, but dragged on far too long for my relatively short movie attention span. I would not watch it twice, but for a family friendly thriller, it was a fun summer outing.