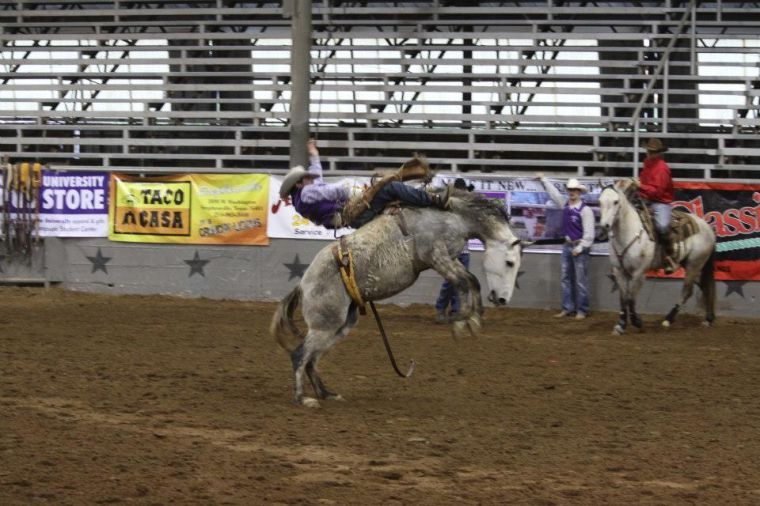 On June 15-21, Tarleton will send seven men and four women to the College National Finals Rodeo in Casper, Wyo.

Tarleton Texan Jace Melvin also took second in the men’s all-around with a total of 210.00 points.

Melvin was able to tie for second in steer wrestling for a total time of 9.4 seconds, while Samuel Williams placed eighth in the event with a 4.7 in the long round, and a no-time in the short.

Tarleton team roping header Melvin also tied for second along with his Weatherford College heeler. They had a total time of 19.5 seconds.

Baili Collins was the sole TexAnn to place in goat tying. Collins won the event with a total time of 20.6 seconds.

The teams have this weekend off, but will return to action on April 24-26 with their home rodeo event.