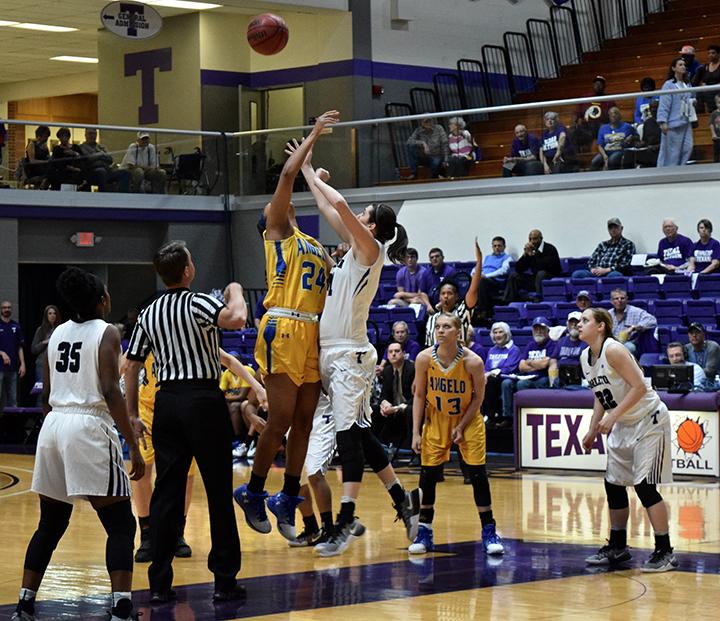 This Saturday, the Tarleton State University TexAnn basketball team will take on the Texas Woman’s University Pioneers at 2 p.m. in Denton Texas.

The TexAnns are currently 11-6 in conference play and 12-11 overall. They are fifth in the Lone Star Conference.

After winning both of last
weeks’ matches two TexAnns were recognized by the LSC, seniors Bailey Wipff and Ipeaku Iwobi.

During last weeks’ matches,
Wipff scored 24 points against both Kingsville and Angelo State. She also shot four for four on free throws and made four of her five 3-pointers. As a result of her stellar performance, Wipff was named the LSC offensive player of the week.

During last weeks’ matches, Iwobi racked up 16 rebounds in two games. She also scored 17 points in the 79-77 match against Angelo State University. This effort by Iwobi earned her the title of LSC defensive player of the week.

On Tuesday, the TexAnns fell 64-74 to Texas A&M University – Commerce.

During the match against Commerce, Mackenzie Hailey led the TexAnns and scored 22 points. Hailey was followed by Wipff 16, Tatum Tiara 9 and Iwobi with 7. Iwobi also led the TexAnns with 10 rebounds.