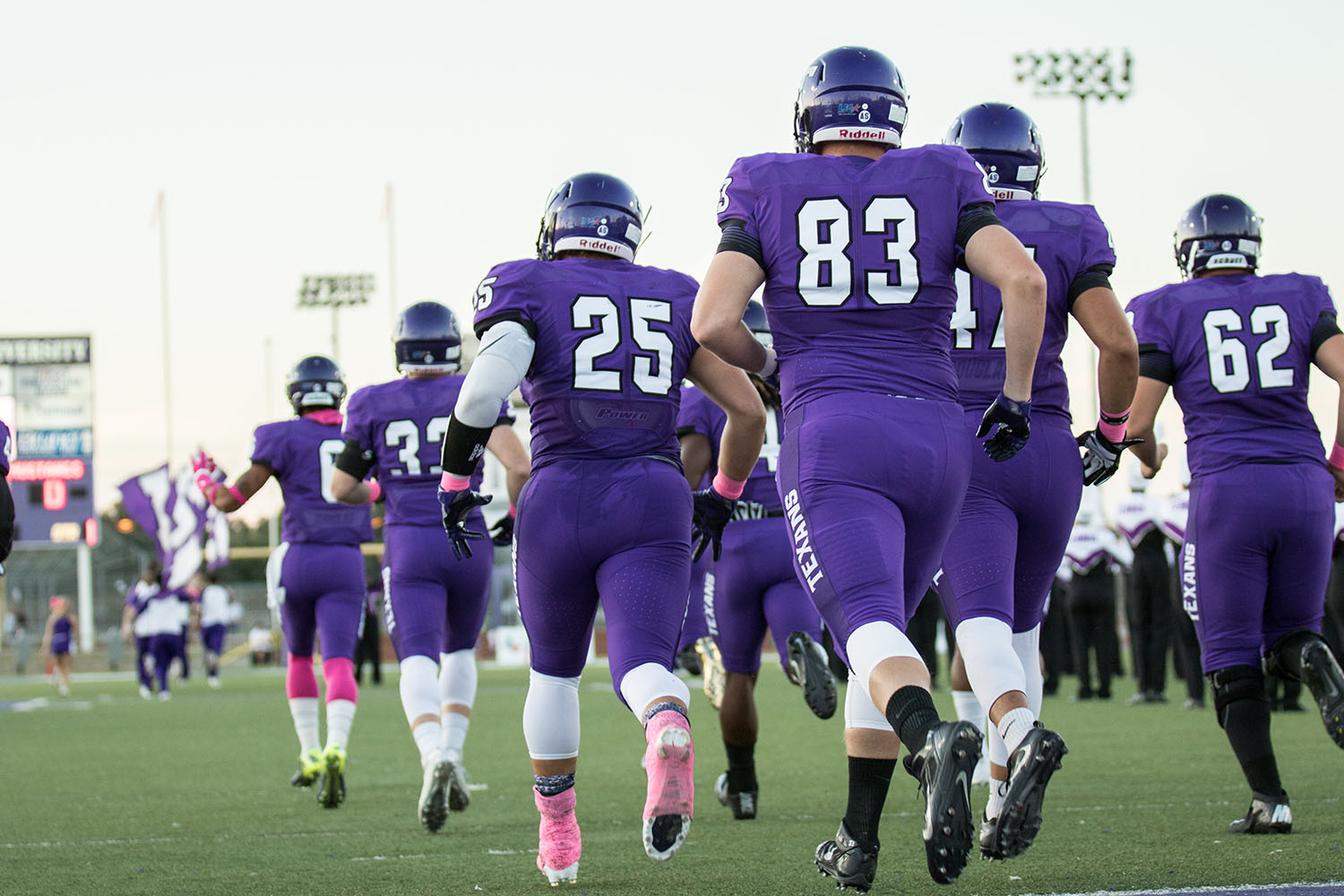 The Texans are coming off their season opening 16-34 loss against the Delta State University Statesman.

During last week’s match-up, the Texans had a strong opening drive after three conversions and getting to the 10-yard line. However, Texan quarterback Derek Kiser threw an interception which turned into a 100-yard return for a Statesman touchdown.

An 80-yard push leading to a touchdown by Delta in the second put the score at 13-0.

In the following possession, the Texans pushed for 51-yards to the Delta 11-yard. Not being able to close the distance, the Texans settled for a field goal by Texan kicker Sergio Sroka.

Following three more Delta State touchdowns in the second, third and fourth, the lead was pushed to 34-3.

During the fourth quarter, the Texan quarterback Zed Woerner stepped in halfway through. Woerner threw for two touchdowns after a 22-yard pass to Texan wide receiver Savon Rollison and then a 30-yard to Jeff Thomas.

This Saturday, the Texans will face off against the Aggies in the first home game of the season. The tailgate will start at 4 p.m. followed by kickoff at 7 p.m. in Memorial Stadium.