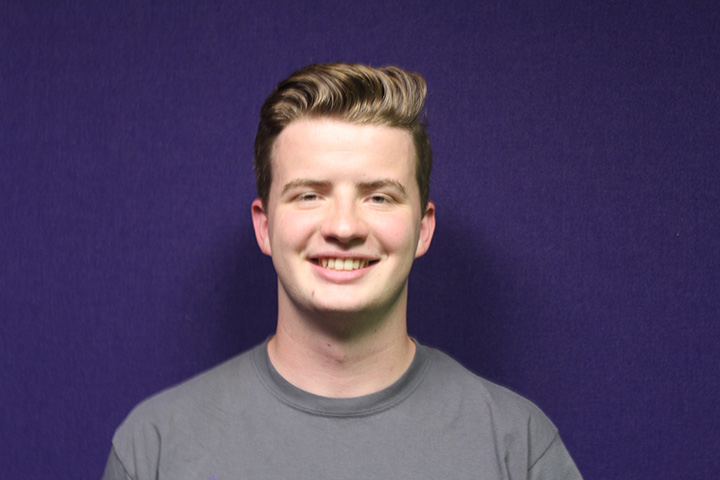 In the past 10 years, there have been six mass shootings, each of which man- aged to inflict more tragedy and cost more lives than the shooting before it.

In the past 10 years, six mass shootings have taken the life of 197 men, women and children.

In the past 10 years, six mass shoot- ings have injured 667 men, women and children.

In the past four years, there have been 52,844 deaths due to guns, with 14,877 classified as an unintentional shooting, defensive use or officer shot or killed.

In the past four years, 104,405 people have been injured from gun related inci- dents.

In the past 10 years, too many people have lost their lives due to guns.

While removing all political bias from the equation, the number of people that pass away from gun related violence and accidents in America is too high. While Americans make only five percent of the world’s population, 31 percent of global mass shooters are Americans.

It does not take a mathematician to realize that America is leading the world in gun violence.

Before diving into the story, it is worth noting that I do not believe that imple- menting gun regulations will completely end gun violence. Anger, violence, greed and hate are inherent in man’s nature; people have been killing each other sense the dawn of time and will continue to do so until their last day.

Criminals will always find a way to intimidate and frighten others, regardless of whether or not they have a gun in their hand. But that does not mean that good people should do nothing; it means quite the contrary.

The violence problem in America is not simply the fault of guns, they are simply a part of the aggregate. However, gun lobbyists, such as the National Rifle Association, have such an influence on Congress through lobbying that it is near impossible for government organizations to study and analyze gun related crime and incidents. According to the Center for Responsive Politics, the NRA spends $3.2 million dollars a year on lobbying for gun rights.

Following the Orlando, Florida shoot- ing on June 12, 2016, the American Medi- cal Association, the largest association of doctors, adopted a policy of calling gun violence a “public health crisis” and backed solicitors who supported gun reform. After the AMA announced the new label for gun violence, many people called for the Center for Disease Control to research gun violence, as it now is a public health crisis. The CDC does keep an eye on gun injuries, as they estimate that firearms are in the top five causes of death for citizens under 65 years of age.

However, in 1996, Jay Dicky, a Repub- lication Congressman from Arkansas, at- tached an Amendment on to another bill. The amendment that Dicky had attached came with the provision that “none of the funds made available for injury preven- tion and control at the CDC may be used to advocate or promote gun control.” So, for the past 22 years, the CDC has not been able to research the causes of gun violence and gun crime.

Another topic worth discussing is suicide attempts by people with guns. Ac- cording to Children’s Hospital of Phila- delphia Research, “Among suicide victims requiring hospital treatment, suicide attempts with a firearms are much more deadly than attempts by jumping or drug poisoning — 90 percent die compared to 34 percent and 2 percent respectively. About 90 percent of those that survive a suicide attempt do not go on to die by suicide.” The study also states that “Peo- ple who report “firearm access” are at twice the risk of homicide and more than three times the risk of suicide compared to those who do not own or have access to firearms.”

The fact of the matter is that gun violence is a major problem in America. It is not something that can be solved overnight. However, there is a gridlock between republicans and democrats re- garding gun control.

Gun control and regulation is only ever brought it when it was too late; nobody talks about it when there isn’t a mass shooting on the news. But it needs to be talked about year-round; this isn’t something that can be brought up only a tragedy like Orlando, Las Vegas, Sandy Hook or San Bernardino.

There are also huge misconceptions as to what the general public perceives as gun control or regulation. While there are those demagogues who seek to com- pletely ban guns and go extreme with what regulation means, the vast majority of what democrats want is just sensible reform and restrictions so that is is harder for people to commit crimes with legal guns.

Again, this isn’t saying that crime will stop whenever gun restriction are put in place and then the world will be happy. It is just hoping that if we can keep only a few guns out of the hands of people who would use them for acts of terror and violence, then the goal of gun reform worked.

There are currently only nine states that require a universal background check before purchasing a fire arm. But, the other states have a “gun show loophole” which allows for private individuals to sell guns without a background check, as only federal law only requires licensed dealers to conduct background checks.

Another point worth discussing is the fact that someone who is on a No-Fly list can buy firearms legally. Which means that they aren’t allowed on a plane, which requires a body scan and drudging through several layers of Transporta- tion Security Administration agents to board the plane. But they can legally go into a gun show, a gun store or through
a private vendor and purchase firearms. While the argument “there are still illegal guns out there” is true, it is worth noting that every illegal gun on the street, was once a gun that was legally bought by someone somewhere.

The government and democrats don’t want to ban and destroy all guns. That’s a fatuous belief. After 9/11, there were calls for increased security. After the loss of 2,996 people, 9/11 drastically changed the process behind airports and airplane security. Last year, 15,079 people died due to guns and yet not a single thing changed.

Gun control is a nonpartisan issue; it affects everyone regardless of sex, race, sexuality or socio-economic standing. Criminals and terrorists don’t care who you are. Americans need to set aside petty beliefs and biases to actually dis- cuss gun control and about how to save peoples lives.

Once again, I don’t think changing these issues will solve all crime. But, if gun reform and regulation can save just .01 percent or 117 of the 11,703 deaths that have occurred just this year, it is worth supporting. Even if gun regulation and reform could save just one person a year, it would be worth supporting till my final breath.